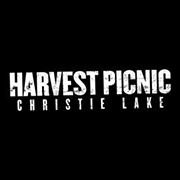 HAMILTON, Ont. (CelebrityAccess) — Harvest Picnic producer September Seventh is suing Feldman Agency and some of Canada's top talent in the wake of this year's festival.

The lawsuit, which was filed in a Hamilton court in late September, names the Feldman Agency as a defendant, as well as Jann Arden, her manager, country star Johnny Reid, alternative country band Cowboy Junkies, and others, according to a report by the CBC.

Through the lawsuit, Harvest Picnic's Jean-Paul Gauthier is seeking almost $27 million in damages from the defendants. Gauthier claims that Arden, who pulled out of the festival the day before the gates opened claiming illness, was in breach of contract and had cost the festival revenue.

Gauthier also named Reid and the Cowboy Junkies in the suit, alleging that they violated radius clauses in their contracts.

According to the lawsuit reported by the CBC, Cowboy Junkies agreed to not play within 90 days of the festival and within 150 km of Hamilton, but Gauthier contends that the band's Oct. 27 booking in St. Catharines is a violation of the contract. Reid's radius clause was far more restrictive, blocking the country legend from performing within a 500-mile radius of the festival between May 30 and Nov. 26, the CBC said. The suit alleges that Reid violated the clause when he performed at the Canadian Country Music Awards on Sept. 11.

The lawsuit is playing out against a backdrop of apparent financial turmoil at the festival. A number of artists who performed at the event this year have claimed that they have not been paid, including The Rheostatics, the Killjoys, and singer-songwriter Jeremy Fisher.

"[The show] was fun and we were happy and played a long time and then drove home. And waited to get paid. Which we have not," a rep for The Rheostatics told the CBC in a statement. "We all feel let down by this. Promoters should pay musicians — whether it's $5 or $500,000. But Harvest Picnic has not. I suggest Harvest Picnic ticket buyers should know their money was not used to pay musicians — where their money has gone is anybody's guess — and think twice before buying tickets to their future events."

As well, stagehands and technicians who worked the festival also claim to be waiting for payment for the event.

"We did receive a down payment of better than half of the cost, but our members are currently still owed the balance," said Cindy Jennings, the president of IATSE local 129 told the CBC.

Feldman Agency president Jeff Craib told CBC News that the lawsuit is "wholly without merit," as well as "frivolous and vexatious."

"Our lawyers are in the process of launching a court application to have it dismissed in short order," Craib told the news organization. – Staff Writers