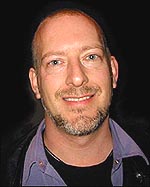 Veteran concert promoter Ian Noble has joined Metropolitan
Talent's Concert Division as senior producer where he
will coordinate and oversee all of Metropolitan's concert
promotion activities.

On March 14, 2003 Judge Katherine Hayden, in the US District Court for the
District of New Jersey, ordered that Clear Channel Entertainment was
enjoined from interfering with John Scher's ability to promote concerts,
thereby allowing Scher and Metropolitan to re-enter the concert business.

"Ian perfectly fits our desire to have someone leading our
concert division that has both a great deal of knowledge of the history of
the concert activities in which I have been involved in the past, as well as
sharing a vision with my partner, Al Cafaro, and me regarding the future," said Scher'

Noble most recently worked for Scher at his former company,
Metropolitan Entertainment, as one of the senior executives in the touring
division where he oversaw such tours as Sarah Brightman; "Down From The
Mountain"; "American Idol," and Bob Weir & Ratdog. Previously, Noble
was a talent buyer at Michael Cohl's Concert Productions International (aka
CPI).

"Ian's concert promotion and
touring skills will enhance our ability to effectively tour and market our
management and record company artists," added Calfaro.

"John Scher is one of the all time great concert promoters," said Noble,
"and he has helped define the business as we know it. I am thrilled to be
part of John and Al's new team."

Noble will be based at Metropolitan Talent's New York office and will
continue to work with Jack Utsick's Entertainment Group Fund. Noble can be reached at 212-819-0480, ext.7670; e-mail: ian@metro-talent.com.