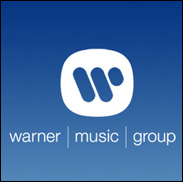 NEW YORK (Hypebot) – Warner Music Group has announced the development of the Warner Music Prize, a $100,000 cash prize to be given annually to a promising musican between the age of 18 – 35. Backed by the Blavatnik Family Foundation, notorious supporters of educational initiative, the award aims to bolster rising musicians with notable talents or achievements regarless or any label affiliation. This year's inaugural award will be presented to an artist presented by Carnegie Hall who has shown exemplary musicianship in their solo roles throughout the 2014-2015 concert season.

The winner will be announced in the Spring of 2015, after the candidates have been throughly evaluated by a juror panel comprised of accomplished classical musicians and key industry leaders. The cash prize isn't the only thing the winner of the 2015 Warner Music Prize winner will receive. They'll be showcased at the Warner Music Prize Gala on October 27, 2015 at Cargnegie Hall. Money raised at the gala will benefit the Harmony Program and the Weill Music Institute, both of which aim to provide music education to underserved demographics.

The Warner Music Group is honored to provide young artists with this opportunity. Stu Bergen, President, International for Warner Recorded Music shares, "The Warner Music Prize has been created to recognize and reward promising musicians early in their careers, when they need it the most. We are thrilled to partner with Carnegie Hall for the inaugural prize and are looking forward to a series of exciting performances this season and the gala celebration of the first recipient next fall."