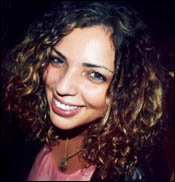 CHICAGO (CelebrityAccess) — The Windish Agency has announced the addition of Inbal Lankry to their agent team in the company's Los Angeles office.

Joining Inbal in the move will be her roster of clients, including Soul Clap and Wolf + Lamb and their branded artist showcase Crew Love, Hercules & Love Affair, Fur Coat, and Todd Edwards, among many others.

A veteran of the electronic music scene, Lankry cut her teeth promoting shows at legendary NYC clubs Tunnel and Palladium before moving to South Florida to open the Sonar Nightclub. While in Florida, she also opened Sonar nightclub before serving as the Marketing & Booking Director for The Electric Pickle in Miami, which was named one of the best US clubs by Rolling Stone during her tenure.

Lankry later transitioned into an agent role at Rebel Agency, where she spent time before Rebel Agency and then, after Rebel's acquisition by CAA, she was on the electronic music team at the agency. – Staff Writers