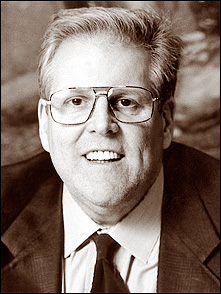 Donald Tarlton, chairman and CEO
DKD Group of Labels, has made a major corporate reorganization to take
place immediately. Tarlton has appointed Mathieu (Matt) Drouin as president
of Aquarius Records and chief operating officer of the DKD Group of Labels.

Jean Jacques Dugas, who joined the company this past June after a most
successful career as an artist manager (Okoume, Kevin Parent and others),
has been promoted to president of Tacca Musique, one of Canada's
leading Independent Francophone labels.

"In light of Canadian Heritage's Music Entrepreneurial Program (MEP),
independent record companies will be entering a new era of expansion and
incredible opportunity during the next several years," said Tarlton. "In
response to this we have restructured our executive team to have a measured
balance between recognized, seasoned veterans and young, talented,
ambitious, hungry entrepreneurs. Matt Drouin is one of those dynamic young
entrepreneurs who possesses a unique blend of street smarts and intuitive
business savvy while Jean Jacques Dugas is a most experienced artist career
strategist, mentor and respected operator in the Quebec Music Industry.
These two young executives are the ideal candidates to lead our company and
artists into the exciting and challenging times that lie ahead."

"I was surprised, humbled and excited when I heard the news," said Mathieu
Drouin. "It's a terrific opportunity and I'm thrilled by the challenge.
The company has created an ambitious and innovative business plan based on
utilizing new technologies, growing the roster and developing unique
joint-venture partnerships. I look forward to implementing all of our
strategies with the incredible team we have here at DKD."

"Tacca has been an important part of the Quebec cultural landscape for over a
decade," said Jean Jacques Dugas, "and it's a pleasure to be asked to lead
this team and be an integral part of the upcoming chapters in the company's
impressive legacy."

Listen-dot-com has entered into a new agreement with BMG, the worldwide music division of Bertelsmann, AG, that will enable Rhapsody subscribers in the United States to purchase and burn tens of thousands of tracks from BMG's extensive digital catalog of titles. This license builds on Listen.com's existing relationship with BMG, which earlier this year announced an agreement to offer its recordings through Rhapsody.

The new agreement will greatly expand the amount of music available for burning through Rhapsody. With the addition of the BMG catalog, subscribers now have the convenience to burn more than 90,000 tracks through Rhapsody, as well as unlimited access to the world's largest library of digital music. Music fans that subscribe to Rhapsody's "All Access" plan can quickly burn tracks from their favorite artists for just 99 cents each using Rhapsody's built-in CD burning software. These CDs can be played in any standard CD player.

"Since launching Rhapsody last December, we have been dedicated to offering our subscribers a superior online listening experience that gives them unlimited access to the music they love," said Sean Ryan, president and chief executive officer, Listen.com. "Today's agreement with BMG builds on that principle, giving Rhapsody subscribers the freedom to enjoy an even wider selection of music both on- and offline. In the coming months, we will continue to add music to the service and offer subscribers more choice in how, when and where they listen."

"We are pleased to offer portability for the BMG titles available through Rhapsody," said Michael Smellie, chief operating officer, BMG. "This new agreement further demonstrates BMG's commitment to giving consumers more flexibility in how they access and experience our artists' music online."