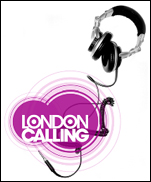 (CelebrityAccess MediaWire) — London Calling, the UK music industry event which debuted in June 2005, is set for June 29-30 at Earl's Court. It will have a new format this year, including a major expansion under the banner of London Calling 2006 – The Future of Music Business," thanks to new owners Ithaca Media, one of Europe's leading business media companies.

London Calling will focus exclusively on the future of the music business with sessions grouped together under three major themes: New Technology, New Business Models and Bands and Brands. It will include a major exhibition, a multi-stream educational line-up and one-on-one business advice and mentoring services, along with a series of showcases, networking and social events. The conference was founded by David Conway and Henriette Amiel, veteran music industryites and owners of a leading independent label, who remain stakeholders and key members of the London Calling team.

"We felt that London Calling needed an experienced and respected event organizer to take it to the next level," said Conway. "It was also important to us that whoever took on London Calling was passionate about music and understood the music business. Ithaca ticked all the boxes and I'm very excited to be working with them."

Andy Center, managing director of Ithaca Media, added, "London Calling 2006 is a multilayered business and networking event that is fully focused on stimulating new music business opportunities, providing a wealth of fresh business ideas and connecting the players in the new music economy."

The London Calling educational program is being organized by top music marketing agency, FRUKT, whose Joint Managing Director Jack Horner, points to a "new music economy with increasing investment and active participation from consumer brands and technology companies." He also notes that London Calling's speakers will be "pioneers and entrepreneurs – not just the usual suspects. We expect to get some sparks flying!"

"London has long needed an effective professional music business conference," said Russel Coultart, CEO of Digital Stores. "London Calling is shaping up to be just that with perfect timing as the new digital age of music dawns."

According to the conference organizer, exhibit space is already 60% booked and will feature more than 120 international exhibitors with specific zones for Digital Business Services, Music Business Services, Consumer Music Experiences and Electronics and The World of Music. For those wanting to undertake international and digital licensing deals, the International Trading Floor will provide an environment to find, meet and negotiate with new and existing partners.

On the live side, Earl's Court, will have three live stages (bands, acoustic and DJs) for new product showcases and spotlighting new scenes and movements from around the world. The Band Agency will also be organizing and promoting a range of showcases in venues around London.