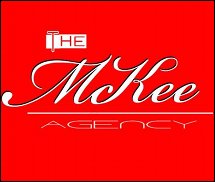 The agency is a Toronto, Canada based boutique talent agency that represents many top Hip-Hop and R&B acts. Chris McKee has been a booking agent for 10 years and has primarily focused his attention booking names in Urban music across Canada.

In 2011, McKee is expanding his booking territory to include the United States for hip-hop and R&B acts performing at the club level across the USA.

After touring hundreds of acts across Canada, the artists & managers have been asking McKee for years to assist with their bookings in the US due to the lack of quality agencies in hip-hop that book acts in the $10,000 and under price range. McKee explained in a press release, “I’ve been booking 15 to 20 city tours across Canada for American acts for years, only to find out they don’t have proper representation in the US, because the likes of WME, ICM or CAA rarely will consider a hip-hop or R&B artist that isn’t making a minimum of $10,000 a show and up. We just felt there is room in the market for an agency to handle those artists.“

McKee had previously booked the American market back in 2004-05 while he was an agent at Toronto based SL Feldman & Associates and helped launch the career of “nerdcore“ rapper MC Chris, booking over 250 US dates for MC Chris & former Shady Records artist Obie Trice before leaving Feldman Agency to start his own company in '05.

McKee is currently routing US dates for west coast hip-hop legends Daz and Kurupt of Snoop`s Dogg Pound. Kurupt`s current CD “Streetlights“ is in stores now & will be releasing a new CD in early 2011 with more acts to follow.