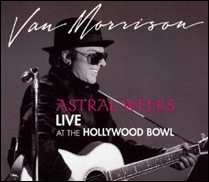 HOLLYWOOD, CA (CelebrityAccess MediaWire) — By popular demand, multi-award winning musical legend Van Morrison returns to California for "Astral Weeks Live" at the Berkeley's University of California, Greek Theatre on May 2 and 3, and at the intimate Orpheum Theatre in downtown Los Angeles on May 7, 8 & 9.

American Express Cardmembers can get advance tickets to Van Morrison beginning March 25 through March 28 at 10 p.m.

Morrison will perform the "Astral Weeks" material "from cover to cover"
as well as a number of his classic hits from his extensive repertoire.
Joining him on stage will be an orchestral string section and a band composed of world-class musicians, including renowned guitarist Jay Berliner, who played with Van on the original "Astral Weeks" sessions 40 years ago. Tracks will include: "Astral Weeks/I Believe I've Transcended," "Beside You," "Slim Slow Slider/ I Start Breaking Down,"
"Sweet Thing," "The Way Young Lovers Do," "Cyprus Avenue / You Came Walking Down," "Ballerina," "Madame George."

"These concerts give me a welcome opportunity to perform these songs the way I originally intended them to be," says Morrison. "These songs are timeless and as fresh today as the day they were written, actually even more so."


Rolling Stone Magazine noted that with Astral Weeks Live, Morrison "took charge of the music with the authority that comes with four decades of performing. It seemed that once he breathed in the perfume of these eight songs, he didn't want them to end." Added the Los Angeles Times, "Transcendence is what Morrison has been after with his music from the beginning. the wondrous youthful timbre of his voice. has evolved over the years into a richer, fuller instrument, with every bit of its remarkable elasticity very much intact."


Universally regarded as one of the most important albums in pop music history, "Astral Weeks" broke new ground with its experimental free-flowing arrangements and deeply reflective songs. Morrison's motivation to rework the music was to get back to his original signature
sound: a blend of jazz, blues, classical and folk unique to Van Morrison.


Says Morrison, "I'm not just a singer, I am a soul singer," and his "Astral Weeks Live at the Hollywood Bowl" proves exactly that, over and over again.

A Rock and Roll Hall of Fame inductee, Morrison is responsible for some of the greatest recordings of the last 50 years. A Belfast native of proud Scottish heritage, he grew up listening to American music with his parents, his favorite artists being greats like Ledbelly, Mahalia Jackson, Lightnin' Hopkins and other legends of blues and soul. Morrison has more than 200 of his compositions featured in major motion pictures over the years, the latest being featured in the Scorsese film "The Departed." Morrison was inducted into the Songwriters Hall of Fame by the late Ray Charles in June 2003. –by CelebrityAccess Staff Writers