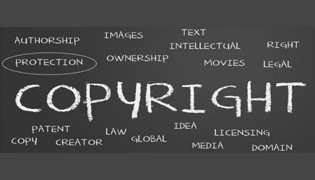 WASHINGTON (Hypebot) – Everyone acknowledges that the current copyright law that we live under is outdated, but it's been really difficult getting any updates to the law passed in recent years, mostly because of special interest groups and the fact that a complete overhaul is required rather than just a few band aids.

That overhaul just got a little easier thanks to a 245 page report issued last week by the US Copyright Office officially throwing its weight behind some big time changes that would definitely benefit copyright holders. The paper made a number of specific suggestions, many that will bring some large media corporations (like broadcasters, for instance) kicking and screaming into the 21st century. Here are some of the things proposed.

1. Everywhere in the world except the United States artists get paid when one of their songs is played on the radio (the songwriter gets paid, but not the artist). The artist gets paid when a radio station or streaming service streams online in the US, but not for traditional terrestrial airplay as it's claimed to be "publicity." The broadcasters have successfully lobbied forever about how their business would be destroyed if forced to pay artists while they've raked in billions. Now the Copyright Office finally agrees with what artists, managers, record labels and even the general public has been saying for years – let's pay the artists for airplay.

2. There's a funny loophole in copyright law where a song from before 1972 can be used by radio or streaming services without payment to the copyright holders. There's been a number of high-profile lawsuits (The Turtles successful suit being one) about the fairness of this doctrine, and the Copyright Office agrees that pre-1972 songs should be treated just like post-1972 songs.

3. The amount of money that performance rights organizations like ASCAP and BMI can collect is governed by a piece of anti-trust legislation called the Consent Decree. Basically what it means is that these organizations must offer licenses on equivalent terms, but those terms haven't been updated to keep up with the latest technology or the evolution of the business, so copyright holders are still bound to a rate that's decades old. It's actually a much deeper subject, but the gist is that the Copyright Office is finally agreeing that the Consent Decree should be reevaluated and updated for the Music 4.0 world we live in.

4. Producers get a royalty on units sold, but the payment can either come from the record label or directly from the artist, which means that it can be really difficult to get paid sometimes. The Copyright Office recommends that producer payments now be administered by Soundexchange as a way of freeing the label and artist the burden of accounting, but also making sure that the producer gets paid as well.

There are other recommendations in the paper, but any one of the above will bring sweeping changes to a system that badly needs it. Read the full report.