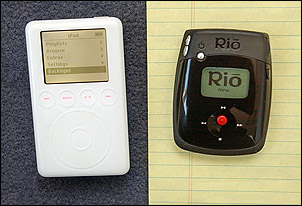 (CelebrityAccess News Service) – According to The NPD Group, the number of households acquiring music files began to decrease in May, immediately after the RIAA instituted a well-publicized campaign threatening individual file sharers with legal action. NPD's projection of the number of households acquiring music files reached a high of 14.5 million in April but in May that number fell to 12.7 million households and declined again in June to 10.4 million households.

On April 24, the RIAA distributed a press release, titled "Judge Decides in RIAA's Favor Again in Verizon Case," which publicized a legal decision that made clear individuals cannot rely on their ISPs to shield them from accountability for illegal file sharing. The decision was widely covered in a variety of media. This media announcement, along with reports of subsequent legal efforts by the RIAA to target individual file sharers, suggest that fear of record industry subpoenas have led many consumers to curtail peer-to-peer (P2P) file sharing.

"Today, file sharing is the most popular method of digital music acquisition," said Russ Crupnick, vice president of The NPD Group. "While we can't say categorically that the RIAA's legal efforts are the sole cause for the reduction in file acquisition, it appears to be more than just a natural seasonal decline. This decrease is sharper than the declines we're seeing in the offline retail world. In addition because the initial drop followed well-publicized legal efforts, there's evidence to show that the RIAA's tactics may be having its desired impact on reducing file sharing among consumers."

According to Crupnick, "Our data suggests that the RIAA's legal tactics have more

of an effect on the attitudes and actions of lighter downloaders. A near-term decline in file-sharing activity should hearten music industry executives, because the bulk of this activity can be ascribed to illegal P2P sites; however, it will be interesting to see in the future if these numbers turn upward again, as new paid online music services begin to break through." –by Bob Grossweiner and Jane Cohen