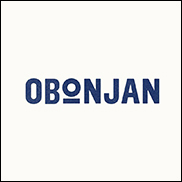 OBUNJAN ISLAND, Croatia (CelebrityAccess) — The opening of a six-week music and 'well being' festival to be held Obonjan Island in Croatia has been pushed back a week to August 5th due to the failure of power and water supplies on the previously uninhabited island.

The event had been touted as a “curated island destination” event, with music, talks, and art installations, along with health sessions and workshops, but shortly before the gates opened on Friday, organizers took to Facebook to wave fans off.

“Urgent message about customers heading to Obonjan in the next couple of days – the island is currently without running water and electricity, if you have not yet travelled we advise that you don’t,” the message posted to Facebook last week said.

“We’re working round the clock to rectify any problems and open the island as soon as possible,” the Facebook post added. “For people visiting later in the season, there is no need to call, your booking will remain unchanged.”

Organizers subsequently announced that the issues with utilities had been resolved and were undergoing further safety testing.

"It has been an ambitious project from day one, including having to build much of the island’s infrastructure from scratch. We truly believed we could deliver this in time, however unforeseen challenges have forced us to postpone for another two days," the follow-up notice said.

The 136-acre island of Obonjan, nearly 4 miles (6km) off Šibenik on the Adriatic coast, has been leased for 45 years by the British event company Sound Channel, the Croatian travel companies Gratiosus and CMT, and the promotions and events firm Otok Ltd, the Guardian reported. – Staff Writers