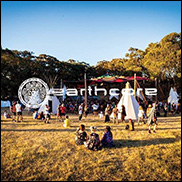 According to the Australian Associated Press, police found the 43-year-old woman's body at approximately 4:30 PM on Saturday. While a cause of death has not been announced, a police spokeswoman told the AAP that the death did not appear to be suspicious.

In the wake of woman's death, Earthcore organizers released the following statement:

As many of you might be aware we have had a death at earthcore in Victoria this year.

Our condolences to the family and friends of deceased. Before anyone jumps to any conclusions over this very sad situation we would urge caution in making comments that can harm the family and friends of the deceased any further. We are aware of an existing medical condition and are waiting for the coroners inquest. We offered a counselling service on site to all staff and patrons at the time of the incident. A medical team attended within 2 minutes of the person found and was unable to revive her. This is truly heart breaking news and we will be releasing a formal statement once we have all the facts in place.

We strongly advise that making wild speculations and inferences during this very difficult time for the family and friends of the deceased will add more stress and difficulties to a very sad and unfortunate situation.
We find some wildly inaccurate and defamatory comments by media and trolls counter productive, unethical and opens up the potential for further harm to the grieving parties.

We urge you if you do see someone making some unsubstantiated claim to kindly ask them to wait till all facts are ascertained before further comment.

The festival, which featured four stages of music, was held in Pyalong, Victoria from November 24th – 28th. – Staff Writers