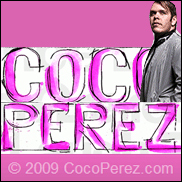 My first reaction was how far we’ve come.

In the sixties and seventies, music ruled the world, if you were a kid and wanted to know what was going on, you put on a record. And if you couldn’t afford the record, you turned on the radio, which rather than being beholden to the corporation, seemed to be tailor-made for you, with news that you were interested in, songs that piqued your curiosity and deejays that were your best friend.

Today, radio is filled with twenty plus minutes of commercials and songs that are tested to ensure that what you heard before is what you continue to get, we live in a lowest-common denominator world where you’re subjected to the crap the uninformed, casual users desire, and for this reason you tune out.

As for the man. Today’s musicians EMBRACE THE MAN! How can we tour without him? We love money! It started out as an urban thing, the underclass loving to rip off corporations, now all musicians want that big label money, and even better, that Target/Wal-Mart money and that Coke and Pepsi money! Isn’t it interesting that music tanked the first time, in the late seventies, when it became codified and played to the masses, with the band members wearing outfits, and rock declined a second time, in the MTV era, when supposed hard rock bands sang ballads in the hair band era. Rock and roll sold its soul.

And what seems to have replaced it is fashion.

Doesn’t matter how well Duane Allman plays the guitar, WHAT IS HE WEARING? We’ve got "Fashion Rocks", what a load of crap that is, and all the supposed "rock stars" getting excited about Fashion Week, trying to sit in the very first row. And you wonder why mainstream music is in trouble. Yes, we’re experiencing an under the radar renaissance, bands who are about music, but the mainstream is a vast wasteland.

Where Perez is very powerful.

My second reaction is the fashion business should be VERY scared.

The fashion business is just like the music business used to be, where you don’t offend Doug Morris or Jimmy Iovine for fear of your career. Anna Wintour rules. Everybody kisses her butt. But not Perez.

CocoPerez.com is the Napster of the fashion industry. Well, not exactly, no one’s stealing product, but those who’ve ruled in the past need to be very afraid.

This is the power of the Internet. And this is a power ALL of old media just can’t get over. They want to complain to each other, getting ink in their respective publications, they want to testify in Congress, they want these upstarts STOPPED!

But if you don’t know the lunatics have taken over the asylum, you’d better be auguring for retirement, because your days are just about DONE!

Today there’s a site online, written by a fan, with more expertise than almost any reporter, with constant updates to boot. A newspaper reporter does research, covers his beat. I know, because they call me. Most of the time I end up explaining to them how it works, like with Ticketmaster, how it’s a cover-up for greedy acts. But those writing the blogs, they know this shit, because they do it EVERY DAY! They LIVE IT!

How many people are interested in fashion? Not as many as care about gossip. Still, tons. Just ask your teenage son or daughter. Yes, boys care about what they wear too. So, there is a market here for Perez.

Can he maintain two sites? Can he be the king of all online media? Possibly, but you can only do one or two things well.

But Mario Lavandeira, the real Perez, certainly knows how to run a website. CocoPerez launched today with SIX pages of data, and a clean interface. Shit, no one at a label has even figured out how to create a clean-looking site, and all their bands employ Flash, ensuring that people won’t return constantly, who’s got the time? Ever notice that the most popular sites, like the HuffingtonPost and TMZ and Perez, use NO Flash? Think about that. And think that what people want most is data. So, if you’re not supplying it on a regular basis, people are not coming back.

I don’t give a shit about fashion. But if you’re interested in instant bucks, courting the people who open their wallets, you do. If you’re mesmerized by big sales numbers, you care about Lady GaGa, who is Perez’s BFF. Hell, he plays her song in the video that launches his site. And Perez makes videos on a regular basis. They’re not PRODUCTIONS, that cost a fortune and are made for the old market, they’re YouTube expositions, one camera, including warts and all, that’s the new video.

Pay attention here. Perez may crash and burn, but he’s more innovative than the mainstream acts. And he realizes that to be successful, just like in the sixties and seventies, you can’t play the game, you have to appear independent, of your own mind, making your own decisions, as opposed to today’s music "stars" who won’t even give an opinion on their favorite breakfast cereal for fear of pissing off a potential sponsor down the line.