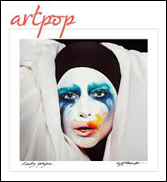 You fire your manager AFTER your album stiffs, not before.

And that's where Lady Gaga's long player is headed, straight for the dumper.

Once upon a time, in the midnineties, the label could function as the manager. But that was back when most of your revenue came from recorded music, when overpriced CDs were flying out of the store. Once the Internet took hold and Napster eviscerated recording revenues, the manager became king, if he wasn't before, and right behind him came the agent, because that's where so much of the money is, on the road.

And in endorsements and private appearances and everywhere but the nonexistent record shops that alta kachers are lamenting have disappeared.

That's what I want to do… Get in my car, fight traffic, pay to park and then sift through a limited selection of product all so I can "learn" from the clerk and keep the store in business. What a load of crap that was. I love the Internet, with everything available at my fingertips. As do labels…because when a superstar dies, product is immediately available, you don't have to worry about manufacturing and shipping before the public moves on, which is especially true in the fast-moving world of today. What, we're gonna reminisce about Lou Reed for another week and then forget about him?

As for those ridiculous figures quoting the jump in sales of Mr. Reed's music… A 600% increase means nothing if it's a multiple of bupkes.

But Mr. Reed was always more influential than commercial.

But Gaga was both.

But when your dreams come true, your identity fractures, you're not sure who to be anymore.

Was she a homely girl with a nose job singing from the depths of her soul?

Or a gay icon?

Or the individual responsible for bringing dance music to Top Forty?

Or the manipulator of the Internet?

Or the last credible artist in a sea of sellouts?

Let's recount history. Her album is jumping up the chart, she's got a gig opening for Kanye West, he drops out and she goes on the road anyway, underplaying and undercharging, losing money all the while. Want to endear people to you? What a great paradigm.

But then she raises her prices and releases a turkey.

It's tough to follow up an unexpected hit. Just ask Alanis Morissette. She's been unable to do it for twenty years. It's all "Jagged Little Pill" and nothing else.

But didn't anybody in Gaga's camp tell her her new single was a remake of Madonna's "Express Yourself"?

Madge did. It was a moment for the unrecognizable as her self as a result of too much plastic surgery has-been to come down from the perceived mountain top to give Gaga crap.

Then again, remakes of old classics seem to be de rigueur, just ask Robin Thicke and Pharrell, the former of whom now appears to be a one hit wonder.

And is Gaga next? One gigantic album and then toast?

And the only person who could have helped her was Carter.

Someone who knew her well and protected her and navigated the waters for her.

Could someone do as good a job? Possibly. But loyalty matters when it comes to management, because without trust life is truly lonely at the top.

And we know what happened here, because it's always the same story. Carter said something Gaga didn't like. And her lover took issue with it.

You want to keep your charges single. Beware of significant others. They rule the stars, they become their sounding boards and confidantes. They've got their ear 24/7. But if a lover were such a great manager they'd be one. But they never are. Just hangers-on who suddenly have an opinion the star is listening to.

Of course. Not only the stiff follow-up album, but the endless world tour.

The music business lives online. Period. If you're not online creating and talking and being the subject of news items, you're fading away. Meantime, others are vying for your spot on top and the audience is aging every single day. Your devoted teen fan now has a baby and a job and can't spend all her time mooning over you, looking at your punim plastered all over her wall.

Furthermore, at the end of the day it's about music.

Gaga became about fashion. Unwalkable shoes. The meat dress. Your best bet is to strip it down and show you have chops. But Gaga kept looking in the rearview mirror at Madonna, needing to top herself. But all Madge had was her marketing skills, she's not much of a singer or writer, and she slings a Les Paul over her shoulder but she truly cannot play. Gaga's the opposite. She can write, play and sing, but she became overwhelmed by her trappings.

Could she have found her way out of this quagmire?

Maybe. With Troy Carter by her side.

And anybody new is only about the money. That's the dirty little secret of the famous managers, they don't take on starving clients. They want commissions. Whereas the person you grew up with is more three-dimensional.

In other words, Gaga can hire someone to grab cash, but she's gonna have a hell of a time finding someone who can strategize.

And maybe it's all untrue.

The story broke a few hours ago, and it's an echo chamber of the original post. But now even "Us" has gone on it:

And I'd say that makes it true, but today's news outlets are so worried about being left out of the click-through advertising tsunami, fact-checking is out the window.

I could e-mail Troy and find out the truth.

But I'm not gonna do that. I'm not one of those vultures who swoops down to rape the injured for information.

But Troy, I know you're out there, know it's her, not you!

And it's hard to find another hit artist, but you're a king of tech.

And there's a whole hell of a lot more money in that.