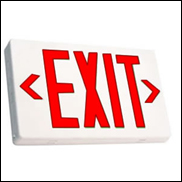 LOS ANGELES (CelebrityAccess MediaWire) — Senior executive Michael Papale has announced his intention to exit the company and open his own management consultancy.

Papale's departure places him on the growing list of senior personnel at the company, such as Jeff Kwatinez, who've jumped ship in recent weeks leading many observers to doubt the long-term future of the company.

Papale joined The Firm in July of 1999 after working with the company as a consultant. Before that, Papale spent a long tenure at Interscope Records, a label he helped to found in 1990.

The disposition of Papale's roster, including Ice Cube is unclear, but according to Billboard, Papale intends to open his own management shop and will continue to collaborate with Kwatinetz's new firm as a non-exclusive consultant.