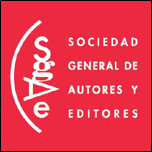 (CelebrityAccess MediaWire) — Years of legal wrangling between Spanish collecting society Sociedad General de Autores y Editores (SGAE) and the country’s 300,000 bars and restaurants over the payment of public communication rights for use of television and radio in public places may soon end.

SGAE executive president Teddy Bautista and José María Rubio, president of the Spanish hotel trade federation FEHR, have agreed to form a joint committee to discuss a new single public communication rights tariff that will cover all broadcasting equipment in bars, hotels and restaurants where TV and radios are played for public consumption.

Currently a separate levy is applied to e ach broadcast medium, which complicates the process. The agreement aims to streamline the payment system, and should be agreed by early next year, retroactive to January 1, 2006.

Talks between SGAE and FEHR broke down in 1993 and relations have been hostile in the time since.

The breakthrough decision to hold revised tariff talks came after SGAE offered to suspend hundreds of outstanding court cases brought by the authors’ and publishers’ society against FEHR members for refusing to pay the rate.

“We are working toward an accord, and until December 31 no new legal actions will be brought and all those underway will be suspended,” SGAE’s Bautista said, according to Billboard. “The idea is to overcome the controversies and confrontations that the two sectors have suffered over the past few years.” –by CelebrityAccess Staff Writers