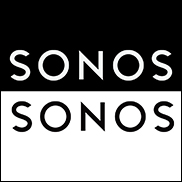 I ran into him at the Sonos studio.


I'd like to tell you what I learned about the company but it was all off the record. But I can tell you they want to bring hi-fi back. And I had a long conversation with Giles Martin, who's been hired to help them achieve this. We had a fascinating discussion about sound, hi-res, vinyl, CDs, streaming… And Giles said every format sounds different. And he may prefer one song in one and another in something else. And that oftentimes we prefer vinyl because of its limitations. It's all in the tweaking. And first and foremost comes enjoyment, do you like what you're hearing?


And we're sitting in the back room, surrounded by equipment. I can soak up knowledge from a guy like Giles all day long. What was it like having a famous father, listening to stories of mixing George Harrison's music for Martin Scorsese, revamping "Love."

But we reached a natural stopping point and I had to drive all the way across town and back again so I got up, went out the door, and there was Lou Adler.


Famous these days for sitting on the Lakers' sideline, Lou is one of the engines of rock and roll, the modern music business, he was there from Jan & Dean through the Mamas & the Papas to Spirit to Carole King to the "Rocky Horror Picture Show." And he wasn't just the executive, he was the producer! How did this happen?


Famous people… How do you act?


If you're a rube from out of town you gush and ask for an autograph.


Live long enough in Los Angeles and you respect their privacy, you keep your distance.


But in this case I was introduced.

"I'm friends with your son."


WHICH ONE, I HAVE SEVEN!


I didn't anticipate this, I figured the door would open wide. And after telling Lou it was Nic, he said he'd just spoken with him.


So now is where you have to prove you really know the person, that you're just not dropping names and making it up. So I decided to reference Nic's hospital stay as a result of overdoing it at the CrossFit studio. It's a known syndrome, you piss a fluid that looks like Coke.


Lou acknowledged this so I figured I could start asking questions. I've got so many questions.


How did you hook up with Jan & Dean?


The story is true. Kim came in with a briefcase, with none of Kim's music inside it, and told Lou about the University high school students, just after Arnie had departed (yes, it was Jan & Arnie first.)


And in telling this story, Lou referenced "Herbie," who I knew had to be Herb Alpert. So I asked that next… How did Lou know Herbie?


They were introduced by their girlfriends!


Serendipity, it's key to so much success.


Actually, it was after Lou's contract lapsed with Epic. His old friend Herbie said they should form an alliance.


It's personal, all business is.

And now I'm at that point where…


The story with famous people is you don't want to ask too many questions, they start putting up their guard, they start to pull back, if you run into them again they retreat. So my thoughts are ping-ponging around my brain, how many questions can I proffer?


Every time I've seen Lou previously he hasn't given me the time of day. But after referencing Nic, I told him I was friends with Andrew Loog Oldham, who I knew stayed at Lou's house. This is when I found out Lou knew who I was, he said Andrew was a big fan of my writing.


Oh, that's another thing when meeting famous people, never ever tell them your story, who you are. Don't pitch. That's anathema to them. How are they gonna respect you if they're clueless as to who you are? There's the conundrum, welcome to Hollywood.


And since we had a link on Andrew, I decided to go deeper, referencing Oldham's residence in Bogota, had Lou been down there?


Talk about anything but business, be a person first.


And then we started talking about how it was back then and how it is now and Lou told me one of his sons was deep into history and I was thinking how I wanted to sit on the couch all afternoon and hear stories, soak it up from a man who was not only there, but steered!


But you can't do this. Where's the endpoint.


The slight body movement. The way his frame leaned to the side, the way his head tilted towards his next destination. It was time to end it.


And you can't plead and you can't be abrupt, you've got to make it like a passing thing, that you're both on campus and will run into one another again soon.


I don't know, but I do know that despite the internet linking us all together, there's nothing like living in L.A. where all these people are out and about.


I want to record it.