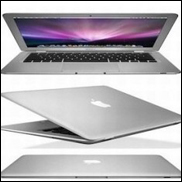 What is the roadmap for the major labels?


Listen to any investor call and the executives will always say where they're going.


Where are we going in music distribution? Who is going to stand up and delineate the roadmap?


In case you've been under a rock, Apple introduced a slew of new products today. They killed the white MacBook, forcing you to purchase a solid state memory Air at the $999 price point, and they eliminated a slew of boxed software, now you've got to download it from the App Store.


Meanwhile, in the music business, corporations are still talking about CDs.


Where are we going? To downloads, to streaming, to..? Where is the leadership?

Is anyone sitting here thinking that Apple just doesn't make what they want? That the company keeps investing in the ten year old iPod and won't make a phone, won't go into the future?


Let's pick a date for the extinction of the CD. Really.


If you want physical product, tough noogies. Or you're going to pay a fortune for it and get it last. Yes, you can download Mac Lion today for $29, or you can wait until the end of the summer to buy it on a thumb drive for $69. Huh? We want it now, and we certainly don't want to pay more. Make CDs twenty bucks and only make them available a month after online release date. How long do you think the format will last?


And why does Apple eliminate physical inventory? The company may be selling a flash drive with Lion, but has discontinued conventional boxed product as of today because of the costs!

Let's see. You've got manufacturing and shipping and returns, never mind a sales force. This is a business?


Most people are unafraid of downloads. Just ask Borders, the Kindle killed it. And now Barnes & Noble is focusing on its Nook. When is the music industry going to push the rest of the public into streaming, like Netflix? Netflix realizes the future is in delivering evanescent bits wirelessly, you pay extra for discs. Forget the hue and cry, Netflix is preparing for its future.


And if the future is streaming, how about a blowout sale of downloads?


It's amazing what the new Apple products will not support. Their snazzy new monitor? Only works if you've got Thunderbolt, introduced mere months ago. If your computer is older, tough noogies, buy a new one or shut up.


You see you move the public to where you want to go, you don't follow them. Not today, not in today's high tech digital world.


You can tell me that CDs sound better than downloads, I'll tell you to improve the quality of downloads and lobby in D.C. for faster broadband, not Internet connection suppression.


I'll let you in on a secret in plain sight. It's this lack of a roadmap that has killed the major labels. And if you don't think they're dead, you work there.


By staying in the past, they've ceded innovation to a bunch of upstarts who are eating their lunch. Furthermore, by focusing on Top Forty "hit" music, they've left the playing field wide open for anybody who wants to play in the niches. And it's the cumulative niches that hold the money, not the ever-decreasing returns of Top Forty music.


Sure, it all comes down to hits.


A hit is something that people want to listen to. The key is to grow from that niche, to feed desire.

Stop complaining about what once was. Album cover art, the ridiculous vinyl record. Sure, vinyl sounds better, but should we replace fuel injectors with temperamental carburetors? Vinyl is cumbersome and vulnerable, people want portability and indestructibility. Focus on higher quality digital. Hell, if all these albums are cut digitally, and almost all of them are, does it make any sense to release them in a final analog version?


It's no longer about selling physical product, but gaining and maintaining attention. If you've got someone's attention, you can charge them in oh-so-many ways. The majors are built for an old era, one of limited availability. They're unprepared whatsoever for a world in which one format of exhibition no longer rules.


When they say terrestrial radio still counts, ask them if they still use Packard Bell computers.


When they talk about CD revenue, tell them you just purchased a Smith Corona typewriter on eBay.


When they tell you they must have the lion's share of the income, ask them what they're doing for you in return.


Yes, the majors are screwed, but are you? Are you carping no one's paying you to make music, everyone's stealing it, you just can't get rich? Then you're part of the problem, not the solution.


The future is about leadership.


Pick up the ball now and run!


And unlike the majors, know where you're going!