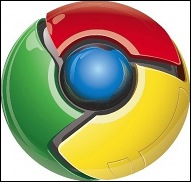 MOUNTAIN VIEW, CA (Hypebot) – Yesterday Google announced a new Chrome Operating System and an Apps store to go with it which debuted with just 23 music apps. But the store should quickly garner participation from many more music tech companies and the broader music industry because it offers both an alternative method of monetization and more flexibility for users.

"In addition to installing music apps on your smartphone and tablet, you’ll also be able to install them on your Chrome browser (multiple operating systems), netbook, and, to an extent, competing browsers." according to Evolfer.fm's Eliot Van Buskirk.

And beginning early next year, rather than charging consumers monthly directly, music services like MOG (already available in the Chrome App Store), Slacker and Spotify or any other kind of music app, can charge via Google’s Chrome Web Store much like in the iTunes App Store and Android Marketplace.