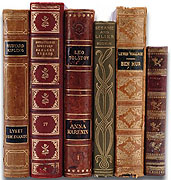 LONDON (CelebrityAccess MediaWire) — While its no secret that the music festival scene in the UK is a growth sector, it may surprise you to learn that the book world is successfully following suit.

In recent years, literary festivals have been growing by leaps and bounds. At one time, these small gatherings of authors and die-hard fans were a niche market but as book shop shelves become increasingly crowded, publishers looking for new ways to push sales are turning to these literary events. This year will see more than 100 literary events, ranging from dub poetry performances to multimedia performances built around the careers of celebrated writers.

Some of the traditional book events in the UK can draw huge crowds — two of the mainstays, Hay & Cheltanham routinely draw more than 130,000 fans annually and these numbers are starting to attract promoters who have traditionally focused on performance events.

As one music promoter with 15 years' experience told the Brit newspaper The Independent "I'm thinking of getting into book events. You don't realize how many people there are out there who want to spend a weekend in a tent, or maybe just an afternoon, chowing down about the latest hot writer or wanting to be in the same room as Simon Schama or Lauren Child."

This new focus on the literary is also changing the way in which authors are being contracted. Many contracts exact more rigorous promotional requirements from authors, enjoining them to go on talk show and public appearances circuits much akin to film celebrities pushing their latest movie on the late night talk show circuit.

How much is too much though? With nearly 100 literary events currently in the works in the UK this year, it begs the question as to when the market will be saturated.

One observer noted to the Independent "You might begin to ask whether the market is there to sustain so many literary events. I think as long as they are well organized and professional the demand is there." – CelebrityAccess Staff Writers