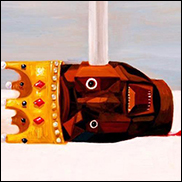 LOS ANGELES (CelebrityAccess) — Hours after the news broke that he had canceled the remainder of his Saint Pablo tour for 2016, rapper Kanye west was reportedly hospitalized for exhaustion.

According to the New York Times, Los Angeles Police Department said that it had responded to a call in the West Hollywood area early Monday afternoon, but subsequently handed the call off to the Los Angeles Fire Department as a medical emergency. A recording of the Fire Department’s dispatch call obtained by TMZ, the incident was described as a “psychiatric emergency.”

A representative of West's, who spoke on the condition of anonymity, said the call had come from West's doctor and that he had been taken willingly to U.C.L.A. Medical Center for evaluation, the New York Times said.

West has demonstrated increasingly eratic behavior in recent weeks, most visibly during a concert in Sacramento on Saturday night when he performed three songs before subjecting his bemused audience to a 20 minute rambling speech on his friends and associates in the music industry and business world before abruptly ending the show.

West used the speech to call out Facebook's Mark Zuckerberg for not assisting with West's debt and failing to take part in an allegedly promised business venture, as well as music industry colleagues such as Jay Z and Beyonce, who West seemed to accuse of underhanded business practices. West even went as far as to suggest he was concerned for his safety due to Jay Z and DJ Khaled's 'Killers' in Miami.

The following day, he cancelled his concert at the Forum in Los Angeles about three hours ahead of the show's start and then, just hours later, the remainder of his tour, which was set to continue through December with an additional 21 dates. – Staff Writers