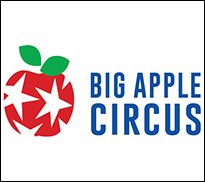 Since its founding in 1977, the circus has staged an annual performance of its one-ring show at both Lincoln Center and on tour, however, in recent years, declining audiences and an increasing focus on charitable work has left the circus in dire straits.

In June, the circus launched an emergency “Save the Circus” campaign with hopes to raise sufficient funds to begin production of a show for the 2016-2017 season. However, despite receiving contributions from more than 1,400 donors, the organization short of its fundraising goal and made the difficult decision not to proceed with the upcoming performance season, the circus said in a statement.

“We are eternally grateful for the support provided by audiences and donors over almost 40 years, and to all of the artists, crew, staff, and Clown Doctors who have provided joy, wonder, and inspiration to so many. Thanks, Paul and Michael. And thanks to founding board chair Alan Slifka and to the amazing board members who are with us still,” said Big Apple Circus executive director Will Maitland Weiss. “We are working to ensure that the spirit of the Big Apple Circus will live on.”

The circus said they hope to find a buyer for certain assets, including their storage and training facilities in Walden, New York and continue as a going concern with new financial support or through a sale of the circus to a buyer interested in doing so.

As well, the circus said they hope to continue their charitable programs such as Clown Care, which provides comfort to children in pediatric hospitals and Vaudeville Visits, which engages seniors in residential care facilities. However, if they are unable to find financial support, they may transition them to new nonprofit operators, according to a report in the Wall Street Journal. – Staff Writers