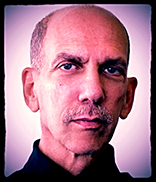 NEW YORK (CelebrityAccess)–SFX Entertainment announced that in the wake of a failed all-cash buyout by the company's chairman, Robert Sillerman, they would be exploring "strategic alternatives" for the company, including the sale of its assets.

Sillerman, who in May announced plans to take the company private in an all cash deal, had until August 13th to provide proof of his funding. However, the deadline passed on Thursday with no action from Mr. Sillerman.

A statement released by SFXE said that they will now consider offers for the entire company, or for individual assets that are not central to the company's business until least October 2, 2015. The company suggested that it has received at least one indication of interest from a potential buyer, but that the offer price was lower than Sillerman's bid.

Among SFXE's assets are ID&T, promoter of Tomorrowland and Mysteryland Festivals; Made Events, the promoter of the Electric Zoo Festival; Totem, the promoter behind the Stereosonic festival; Rock In Rio; and online electronic music retailer Beatport.

The company statement also revealed that Sillerman is still seeking to take the company private, either on his own, or with partners, but at a substantially reduced price from his previous offer of $5.25 per share. SFXE stock has been pummeled in recent weeks, with the selloff driven by a number of factors, including the lack of rivals for Sillerman's buyout offer, Sillerman's own inability to complete the buyout transaction and mounting financial losses at the company. The company's stock, (ticker SFXE) has lost almost half of its value this week, trading at $1.53 at the time of publication. – Staff Writers