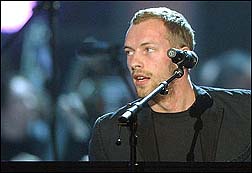 Holmes will be responsible for day-to-day talent representation, as well as identifying and nurturing new artists for DC Music. He will also be developing new business possibilities for DC Music including merchandising, events and cross-marketing to bolster his bands’ careers. As president, he will report directly to Wasserman.

"Dave represents that rare executive revered by both artists and the industry and we are privileged to welcome him and his marquee talent to WMG as we extend our reach into music management,” said Wasserman. “After completing a calculated search for an ideal partner, I look forward to capitalizing on both our existing competencies and the music industry’s evolution.”

Holmes admits he will naturally miss his colleagues and mentors at Nettwerk, but "Casey has offered a platform for me to build a multi-faceted, artist oriented company with a significant creative stake,” he said.

Wasserman Media Group’s other business ventures include Envison, a naming rights and corporate consulting company, that secured over a dozen major naming-rights deals, including a record $187 million for Atlanta’s Philips Arena, and represented the Philadelphia Phillies in the naming of Citizens Bank Park. Its consulting division handles T-Mobile, Nestle, Perrier, Heinz and The Sports Authority. The Familie, a youth marketing and athlete management compan, represents action sports stars such as Dave Mirra, Travis Pastrana, Bucky Lasek, Tara Dakides, Bob Burnquist, Chad Reed, Parks Bonifay and Carey Hart. It develops creative, public relations and marketing campaigns with a wide variety of clients including AT&T and Butterfinger. Wasserman Media Group is also the holding company for the Los Angeles Avengers of the Arena Football League.

Wasserman is the grandson of the late MCA chairman Lew Wasserman.—Jane Cohen and Bob Grossweiner