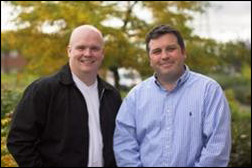 XL Video announced the formation of a new division, XL Events, created by the consolidation of the corporate division of XL Video and AV specialists Show Support. Located in both Bromsgrove and Hemel Hempstead the operation will be headed up by Rich Rowley and his team.

XL Events will offer sound, video and audio production services, resources and project management of the XL Video group of companies in the UK and Europe.

XL Events has access to a goodly array of in-house gear including the latest L-Acoustics dVDOSC, KIVA and d&b Line Array loudspeaker systems with analogue / digital control from Soundcraft, Yamaha and Midas plus a large selection of Shure, Sennheiser radio systems. Lighting stock consists of conventional, digital and LED lighting. XL Events has invested in Martin Professional moving lights, the Catalyst DL series, along with Philips SSL ColorBlasts and ChromaQ ColorBlock LED, with WholeHog, MA Lighting or Avolites for control.

They've hit the ground running too, already handling production for the 5,500 seated delegates at the the NEC, a European roadshow, televised productions and a series of confidential board-room briefings. On the calendar, the firm has shows for Price Waterhouse Coopers at the new Atlantis Hotel Dubai, the MPH08 Show in the UK and Ireland and audio and video for a CBeebies production in December/January for BBC Worldwide in the works. – CelebrityAccess Staff Writers