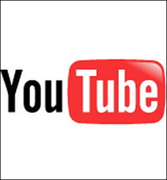 SAN BRUNO, CA (Hypebot) – Citing growing traffic, a 200-300% jump in advertising revenue over the last year and an improved Content ID system that allows music rights holders to profit from infringing content (like videos of cats singing Lady Gaga), YouTube says that free content on its site is often returning as much revenue as paid music.

“Our larger music partners on the site are making millions of dollars per month,” YouTube director of content partnerships Chris Maxcy told Evolver.fm.

“The other thing that’s astounding is the growth in this. We’ve seen the monetization levels increase two to three times, just in the last year… Our label partners have been pretty pleased with that level, and we expect to see that growth continue. A year from now, I’m hoping we’ll be able to say ‘we increased revenue and RPMs another 2-3x."

But that doesn't mean that the Google YouTube team doesn't believe that people will pay for music too.

"These are the traps that people fall into: They look at price tags for advertising (supported services) versus price tags for subscription or downloading services,” he added. “But you really need to consider not just the price tag, but the scale of audience and views that you’re reaching with that.”

This is all great news for Spotify, MOG, Rdio, Rhapsody and other music streaming services. While the pennies that artists and labels now receive from song streams may be seen as unfair or hurting sales by some, the income from tens or hundreds of millions of ad-supported users and paying subscribers becomes a significant source of revenue.