(Hypebot) — In this piece, we hear from Joyce Smith, the current manager of The Rolling Stones, and their associate for the past thirty years. Here she discusses the challenges of the job and offers advice to other up and coming managers in the music industry.

David Philip’s excellent interview with Joyce Smith.  Ever heard of her?  Most likely not.  She’s the manager of The Rolling Stones and has been working in their orbit for the past three decades (and their full-time manager since 2010).

It’s an interesting story, how she went from working on the legal side of what the Stones were doing to moving into the business management, and then day-to-day management of the band.

Some key questions and answers:

WHAT’S THE TOUGHEST THING ABOUT MANAGING THE ROLLING STONES?

In truth, it’s probably what a lot of other managers may say to you: that we live in a very complicated world now, with so many different platforms. And I think because of that, and because they [the Stones] have been going for so long and doing so brilliantly for so long, there’s just a lot of us!

It’s all the same issues that anybody else would have, but they’re amplified. And you’re looking at the past, protecting that, working out what we can do to make the most of that. And then there’s new formats and new music, how do we keep that fresh and alive.

The Lesson: Just because they’re The Rolling Stones, that doesn’t mean everything comes easy.  In a way, managing this band could be tougher than managing a startup band because of the expectations.  So even though the band is still celebrated for music they created over 50 years ago and even though they released new music of blues tracks that were written in the 1930s, ’40s, and ’50s, you, as manager (or Joyce, as manager) need to keep up with the world of 2018, which includes more than just typical print, TV and radio media. 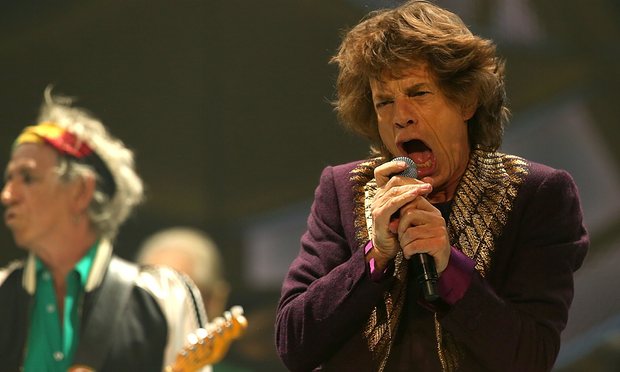 And, she and her team have to find inspiration to keep the Stones catalog alive and fresh.  A great example: For the band’s 2016 album Blue & Lonesome, they changed the famous red Rolling Stones tongue logo from red to blue.  Simple, but creative.

WHAT WOULD YOUR ADVICE BE TO AN UP-AND-COMING MANAGER?

Always remember that however well you get on with an artist, you’re not there to be their friend. Stay a little bit detached and give solid advice, and that goes back to the lawyer thing, being objective and giving your advice dispassionately.

Sometimes it’s tempting, isn’t it, you’re invited to things and you think, Oh, that’s nice, but you don’t want to make the mistake of thinking that you’re a friend.

Even if they very kindly say that you are, and maybe you are, but in your mind, even if it’s true, always keep that distinction; that way you will do the job better.

The Lesson: There’s a fine line you need to draw when managing, or working with, a band.  If you saw the movie Almost Famous, a great piece of advice given to William, the teenage character who went out on the road to interview fictional band Stillwater, by real life writer Lester Bangs was this: “Don’t become friends with the band.”  You can guess what happened from there.

But in the real world, you can be friendly and have respectful relationships with the bands you work with.  You can hang out and talk about your lives and commonalities and appear to be buddies.  But there always has to be that space.

There has to be the ability for you, as manager or label person or product manager, to tell it like it is and hurt some feelings or disagree or tell a band member that s/he is following the wrong path and needs to change.  You need, many times, to be more like a parent than a friend.

Click and read the article.  You’ll be glad you did.

Read: How To Manage The Rolling Stones

The Dos And Don’ts Of A Music Photo Shoot