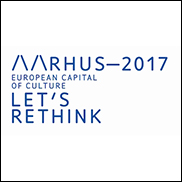 (VIP-NEWS) — Aarhus, Denmark and Pafos, Cyprus will be visited by many Europeans in 2017 because the European Union announced the two locales as 2017 European Capitals of Culture.

That means a year of ramped up cultural programming that showcases "centuries of culture while using different art forms to address the socio-economic problems facing Europe today."

"The title of European Capital of Culture is a unique opportunity to bring communities together through culture and to foster strong local, European and international partnerships for the future," E.U. commissioner Tibor Navracsics said in a statement. "I wish Aarhus and Pafos every success for the coming year.“

`Rethink` is the central theme of Aarhus` 2017 programming, which will show how "arts, culture and the creative sector can help us to re-think and shape our basic social, urban, cultural and economic patterns of behavior and find new solutions to common challenges." Examples of this include a rooftop Viking saga performance and an art exhibition stretching across the city and the coastline.

In Pafos (alternately spelled Paphos), the theme running through a myriad of events is "Linking Continents, Bridging Cultures," which is appropriate for an island divided up by two nations — Turkey and Greece. Pafos, according to the release, is set to become an "immense open stage, an `Open Air Factory,` where a tradition of thousands of years of cultural life in open spaces meets contemporary ways of creating, thinking and living."

The European Capital of Culture initiative was started in 1985 in Athens and has come to include cities across the continent, including Warsaw, Poland and San Sebastian, Spain in 2016. Just so you won`t think it too high-falutin: Last year`s event in Poland included performances by Limp Bizkit and Rammstein.