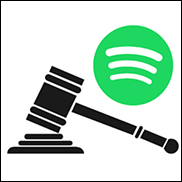 (Hypebot) – Attorney Henry Geller is part of the legal team at Gradstein & Marzano that is pursuing both the new $200 million Melissa Ferrick suit vs.Spotify and Flo and Eddie's ongoing legal battles with Pandora and SiriusXM. We asked Geller if there were similarities between the cases and when other songwriters and publishers might be able to join in the lawsuit.


HYPEBOT: Your firm is also involved in the "Flo & Eddie" cases vs. Pandora and SiriusXM. Do you see the Melissa Ferrick lawsuit as similar in terms of abuse of artists by new players in digital music? Or are the two cases essentially unrelated?


GELLER: ​The cases are related in the sense that they both involve the owners of content whose content is being used without having first been licensed. However, the cases are based on different content (pre-1972 recordings versus musical compositions) and different laws (state versus federal).


HYPEBOT: What are the next steps that will lead to the lawsuit to gain class action status so that others songwriters and publishers can join in?


GELLER: At some point in the litigation, a motion for class certification will be filed. If that motion is granted then the members of the class (here, owners of musical compositions) will automatically be members of the class. Those members can opt-out from the class if they want to but they do not need to do anything to specifically join in.


HYPEBOT: In the meantime, how can supporters within the musician, music industry and tech be supportive?


GELLER: Artists, songwriters, and content owners have a shared interest in ensuring that their rights are protected. All of them should insist on that, as that is the only way for the industry to have any chance of prospering again, particularly given the diminishing revenue opportunities.