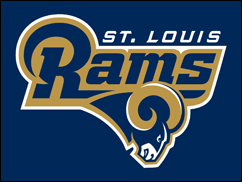 HOUSTON, TX (CelebrityAccess) — At a conference in Houston, the NFL owners voted 30-2 to ratify the Rams' relocation application, paving the way for the team to return to the city where they will play in owner Stan Kroenke's proposed stadium in Inglewood, starting in 2019.

The return of the Rams to Los Angeles marks the first time in 21 years that the NFL has had a presence in the country's second largest media market.

In addition to the Rams, the new stadium may play host to the San Diego Chargers. According to NFL Media Insider Ian Rapoport, the Chargers have until the end of March to decide if they are playing in Los Angeles or San Diego in 2016. The City of San Diego is currently considering investing $350 million in public funding to build a new facility to replace the team's current home, Qualcomm Stadium and will put the matter to a public vote in June.

The move is a blow for Rams fans in St. Louis, which also saw the Cardinals exit the market for Phoenix in 1988.

"We understand the emotions involved of our fans and it's not easy to do these things," Rams owner Sam Kroenke said during a press conference announcing the move. "They are purposely made hard, but we're here today. We made a decision and we worked long and hard at the various alternatives. When they didn't succeed we worked to this point." – Staff Writers