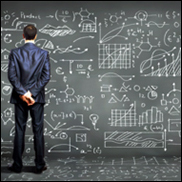 (Hypebot) – Coming on the heels of numerous lawsuits filed against streaming services after their failure to make proper mechanical royalty payments, this article examines the underlying issue of bad data, and what can be done to fix it for the benefit of all.


2016 is proving to be tricky year for streaming rights. No sooner did it start to look like artists and labels were beginning to feel comfortable with streaming then along come a veritable flood of songwriter class action suits in the US, against TIDAL, Rhapsody and Spotify, twice. At the heart of the legal action is the issue of streaming services not paying mechanical rights to songwriters because they have not identified and / or not been able to identify, all of the songwriters. The streaming services counter that they a) have been adhering to the rules as they stand and b) that it is difficult / impossible for them to track everything. It is a complex issue that may even have some of its underlying assumptions turned upside down (in favor of streaming services). For a good introduction to the issues see this balanced MusicAlly piece. Whatever the legal intricacies though, there is a crucial underling issue: bad data. Or, to be more precise, a complete lack of data.


International music licensing is highly complex and anyone who tries to tell you differently is either wrong or lying. That is not to suggest for a moment that music services should somehow not have an obligation to invest time, effort and resource into licensing music, far from it. But it does mean that the current system is not fit for purpose.


Recorded rights, the ones licensed by record labels, are relatively straight forward, if expensive and inflexible. But as soon as you move beyond label rights, things get complicated, fast. There are performing rights (which don’t include radio in the US, but do in most other markets…oh and then there are separate radio and video performing rights, often called neighboring rights, for labels that are often licensed by an entirely different set of bodies than songwriter performing rights), mechanical rights, synchronization rights and others too.


In practice it is highly unlikely you’ll ever need all of those rights but in most use cases you’ll need more than one. And if you are a streaming music service you will need a few. Add into the mix that in every major music market globally there are normally a few different licensing bodies that you have to get rights from. Oh, and the bigger music publishers have often removed some, but not all, of their rights from those bodies that license on their behalf. You get the picture.


The sheer complexity of the global music licensing landscape favors no one other than those who benefit from that very complexity. For example, the consensus is that something in the region of 20% of collected music royalties are never paid back to songwriters or artists because they are not successful identified by the parties that collected the royalties on their behalf. This ‘black box’ revenue then either gets redistributed to identified artists on a share basis or gets fed straight into the bottom line. Some entities work tirelessly to identify the creators, others do not.


Rights complexity is not however a new thing, what is though, is the sheer volume of data. It is under the weight of this streaming data that the old system is buckling. What you would expect in such a complex and convoluted system is a central database that enables all parties to cross reference each other and reduce risk of misreporting. No such database exists. Publishers, rights bodies and music services spent a decade trying to fix it by designing the Global Repertoire Database (GRD). But that stuttered to a juddering halt last year.


1The GRD would in fact only have fixed the songwriter side of the equation, no such database exists for label rights either. The reason the issue is less pressing for label rights though is that when a music service licenses a label’s catalogue it receives the catalogue to ingest into its system. No such thing happens with publishing licensing. In fact, one executive referred to publishing licenses as “no more than license to go fishing for rights, they won’t tell you what is included.” Even this would not be an entirely insurmountable problem in itself if it wasn’t for the fact that there are often multiple songwriters on songs, each represented by different publishers with varying shares of ownership. And to complicate things even further still, collections of songwriter rights often get sold on and associated records don’t always get updated.


This is the unsightly mess that is songwriting rights.


And it’s not just on the publishing side that bad music data exists. Labels are supposed to issue individual identifiers to every track they release. The principle is sound enough however these ISRC numbers are often rife with errors and duplicates, due to the fact they are often assigned by junior staff at labels using excel spreadsheets.


Unless something is fixed, fast, the entire model is going to buckle. If streaming services are faced with continual class action suits and no effective mechanism for cleaning up their acts they could be compelled to drastically reduce their catalogues to those works they are certain of rights ownership, which of course will inevitably favor the superstars and hurt the long tail.


Fixing The Problem: An Independent, Accountable And Transparent Database For All Rights


So who could fix the problem? One interim solution is for labels to assume some responsibility, after all the big record labels are part of the same corporate entities as the big publishers. Even though rights typically do not map from one major publisher to one major label, there is massive opportunity for both sets of companies to reach out and collaborate, to create joined up datasets for music services they license to.


The streaming services themselves clearly need to improve their own systems and they are indeed working on them. But that is a sticking plaster, no more. An independent, comprehensive rights database is required. This database must be the following: