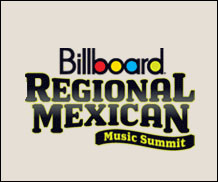 LOS ANGELES (CelebrityAccess MediaWire) — Billboard is teaming up with AEG and the Latin concert promoter association Promotores Unidos to bring some live talent to their annual Regional Mexican Music Summit.

The event, in its third year, will take place in Los Angeles from October 6-8 and serves as the only business-oriented event to focus on the burgeoning Mexican market and Latin music in the U.S.

The performance component of the summit will cap off the event on October 9th at AEG's Nokia Theatre L.A Live and feature performers drawn from across the spectrum of Latin Music, including Conjunto Primavera, Banda El Recodo, Grupo Intocable, Alacranes Musical, Los Rieleros del Norte, Tucanes de Tijuana and Germán Montero, among others.

"We want to recognize regional Mexican acts in the way the deserve," says Ivan Fernández, president of Promotores Unidos. "These are groups who play 50-60 shows, every year. They sustain our industry."

"It's the first time we're able to use a platform like this to bring prestige to the genre," adds Rebecca León, VP of Latin talent for AEG Live.

For more information on the event and on the Billboard Regional Mexican Music Summit, check them on the web at billboardevents.com. – CelebrityAccess Staff Writers