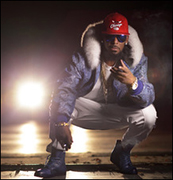 MEMPHIS, TN (CelebrityAccess) — The final show of singer R. Kelly's “After Party” tour was canceled on Sunday and, according to Kelly, the promoter is at fault.

According to the Memphis Commercial Appeal, Kelly was due to play at the FedExForum for the final show of his tour, but the gig was pulled on Friday with the venue citing 'unforeseen circumstances.'

In a subsequent statement posted to his social media, a rep for Kelly said: “After back-to-back sold out shows in Atlanta, GA and Pelham, AL, Mr. Kelly would have loved nothing more than to finish the #southerntakeover portion of his After Party Tour in Memphis, TN tonight. The decision to cancel the show was by the promoter, in breach of their agreement, and out of Mr. Kelly’s control. He’s sorry his Memphis fans are disappointed and will do his best to make it up to them soon. As always, he thanks all of his fans for their support."

The cancellation of the final show of this tour segment caps a stormy few weeks for Kelly, who has been dogged by controversy regarding his alleged relationships with a number of young women. Kelly has faced allegations, most notably by former Chicago Sun-Times reporter Jim DeRogatis that he lures young women into a harem and keeps them in his homes against their will in a cult-like atmosphere. One such alleged victim was Jocelyn Savage, an aspiring singer originally from Memphis, who has since publically denied that she was being coerced and Kelly himself has denied the allegations.

That hasn't dampened criticism for Kelly though and some of his recent shows have been picketed by protestors, such as his August 25th performance at Wolf Creek Amphitheater in Atlanta. As well, several shows on his tour were canceled amid the public outcry over the allegations, including performances in Baton Rouge, New Orleans, Dallas and Los Angeles.

According to promoter Julius Lewis, Kelly's final Memphis performance may have also been impacted by the negative press. Lewis told the Commercial Appeal that the Memphis show was scrapped due to poor ticket sales. Lewis noted that he'd promoted more than 40 R. Kelly shows over the years and that sales for the tour had been "good until all the controversy started."