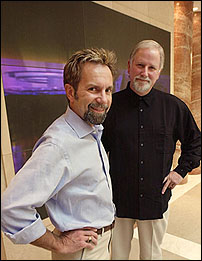 Record producer and music executive Tony Brown is alert, communicating and on his way to a full recovery after suffering head injuries during a fall, his doctor said.

"Tony is doing extremely well at present," neurosurgeon Dr. Paul McCombs said in a statement Tuesday from the Universal South record label, where Brown is a senior partner. "His progress to date indicates that he will make a full, functional recovery."

Brown, 56, suffered head injuries when he fell from a staircase April 11 in Los Angeles.

Universal South spokeswoman Susan Levy said Brown is in good condition and being moved to the hospital's Rehabilitation Center.

His wife, Anastasia Brown, said his recovery has "further strengthened my faith in God and our friends."

"Who would have thought that Tony would be talking business from a hospital bed … just three weeks after such a serious accident," she said.