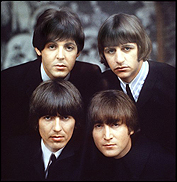 LONDON (CelebrityAccess MediaWire) — Don't go looking for your favorite Beatles song on iTunes any time soon, as negotiations between the digital music giant, Apple Corps and EMI have reportedly stalled.

According to comments made by McCartney during a recent appearance to promote his latest album, "Electric Arguments", the third to be released under his Fireman alias, talks between EMI and The Beatles have ground to a halt.

"That is constantly being talked of, we'd like to do it," Billboard reported McCartney as saying "What happens is, when something's as big as The Beatles, it's heavy negotiations."

"They [EMI] want something we're not prepared to give them. Hey, sounds like the music business." Macca added "It's between EMI and The Beatles. What else is new."

"I think the majors at the moment – I'm not dissing them – but I don't think they really know what's going on," McCartney noted "With the download culture, they are floundering a little bit." – CelebrityAccess Staff Writers