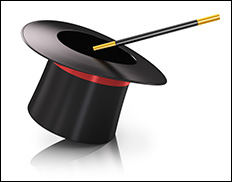 (Hypebot) – The last time this blog visited the Flo and Eddie case, it was to detail the settlement between Flo and Eddie and Sirius XM. Recall that there was a guaranteed payment to the Plaintiff’s class of $25 million, but the remainder of the payments were contingent on the outcome of various pending court decisions in New York, California and Florida. Now, the New York Court of Appeals has weighed in, ruling against Flo and Eddie, and with the stroke of a pen made $5 million vanish (and more) out of the settlement fund.

Flo and Eddie had prevailed on the issues of performance rights for pre-1972 sound recordings in the Federal District Court. But Federal Courts are not the ultimate authority on questions of rights under the laws of a particular State. Thus, on appeal, the Second Circuit Court of Appeals asked for guidance on the issue and certified the question of pre-1972 performance rights in sound recordings to the New York Court of Appeals.

The New York Court of Appeals has decided that performance rights do not extend to sound recordings made prior to February 15, 1972. A close examination of this decision reveals that the Court started out with the result that it wished to obtain, and worked backwards from there. This is revealed in the huge gaps of logic that never quite get filled in.

Never is this more apparent than the fact that the very same Court had ruled that New York Common law did indeed protect pre-1972 sound recordings, in the case of Capitol Records, Inc. v Naxos of America, Inc. This forces the Court to split hairs, saying:

“Naxos does not resolve the question presently before us. That, too, was an anti-piracy case; it reiterated that New York’s common-law copyright protection would prevent the unauthorized copying and sale of records. However, Naxos did not address the right of public performance. Thus, our conclusion in Naxos that pre-1972 sound recordings are subject to some New York common-law copyright protection does not define the scope of that protection or stand for the proposition that there is a single aspect to that protection, as opposed to separate and distinct aspects of reproduction and performance.”

The logical flaw here is that all other types of copyrighted works have a bundle of rights that included public performance rights. Why not sound recordings?

Well, grumbles the Court, because Congress has never recognized performance rights in sound recordings. It spends pages upon pages discussing the Digital Performance Rights Act (DRPA) and the legislative history of section 301(c) of the copyright act.

The problem with this line of reasoning is that if there have never, ever, been performance rights for pre-1972 sound recordings, then section 301(c) is largely unnecessary. Yet the section makes it clear that nothing in the Federal pre-emption scheme annuls any common law right of a State in sound recordings. So, the fact that Congress never acted in this area is irrelevant to resolving the question. The question more properly is: has any other State recognized common law performance rights in sound recordings?

The answer is unequivocally: Yes!

“The great singers and actors of this day give something to the composition that is particularly theirs, and to say that they could not limit its use is to deny them the right to distribute their art, as they may see fit, when they see fit. Surely, their labors and talents are entitled to the privilege of distribution, especially where, as here, the privilege is subject to definite terms and bounds.”

Once again, the Court is splitting hairs. Waring does not have a direct bearing in the sense that it is not controlling law on the Courts of the State of New York. But Waring does have a direct bearing on the question of whether the common law generally recognizes a performance right in pre-1972 sound recordings. Two States have said that it does. The common law came over wholesale from England. In light of this, how is New York’s common law somehow different than the common law of Pennsylvania or North Carolina? Further, there is apparently no authority (until this decision) that a State has ever denied that common law performance rights generally apply to sounds recordings. In fact, the State of Florida took the step of legislatively repealing them.

The New York Court of Appeals never explains this logical hole. It merely retreats into its own form of reverse ipse dixit. Essentially the ruling of the Court is:

Performance rights in pre-1972 sound recording do not exist because we have never said that they exist.

Here’s the real reason for the Court’s ruling: it’s afraid that it will disrupt things.

“Because the consequences of doing so could be extensive and far-reaching, and there are many competing interests at stake, which we are not equipped to address, we decline to create such a right for the first time now.”

And then, there’s this piece of loopy logic:

“Specifically, if deterred by the costs of paying to play older songs, radio services may choose to limit or cease their broadcasts of pre-1972 music. The public will then be deprived of this music and artists will be deprived of the interest in their performances that is generated by radio broadcasting, potentially resulting in decreased revenue to the performers from record sales and from live concerts, festivals and merchandise which, in many instances, have replaced record sales as the performers’ primary sources of income.”

Really? Radio is going to stop playing The Beatles? Seriously? (Or should that be “Sirius-ly”?)

And Jimi Hendrix? And Janis Joplin? And The Doors? And Glen Miller? And Tommy Dorsey?

Plus, here’s another suggestion for the Court. Go back and read what you just wrote:

“…potentially resulting in decreased revenue to the performers… from live concerts, festivals and merchandise which, in many instances, have replaced record sales as the performers’ primary sources of income.”

Precisely. The music business ain’t the same as it was back in 1972. And while the record companies may have been content to sit on their rights due to market conditions of the pre-internet era, these rules do not apply today.

Let’s take the DRPA. It recognized that digital performances were in fact different than traditional terrestrial radio performances. If Congress recognized the need for digital performance rights for current sound recordings, does this logic not apply to pre-1972 sound recordings? Let’s not forget that the Defendant here is a digital broadcaster, it is not in any sense a traditional terrestrial radio broadcaster. So why not recognize the fact that times have changed, and the common law is ever evolving? As the dissent noted:

“As this Court has previously stated, “[t]he common law is not rigid and inflexible . . . . [It] is a living organism which grows and moves in response to the larger and fuller development of the nation.”

“I reject a parochialism that justifies turning a blind eye to the exploitative practices of today’s music industry made possible by technological advances and that, as a consequence, excludes from our common-law copyright in sound recordings a quintessential property interest in the use of these works, and limits a creator’s opportunity to derive financial benefit from their performance (citation omitted). …Indeed, it is this Court’s duty to apply New York’s common-law copyright to the changing landscape of the music industry and protect the interests of creators of sound recordings against those who profit from the fruits of others’ labor, without compensating the copyright holder, and do so in a manner that jeopardizes the primary source of revenue for creative genius.”

Now, on February 16, 2017, with opinion in hand, the Second Circuit has reversed the District Court and instructed them to dismiss the case.