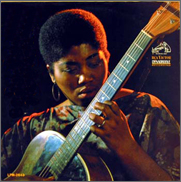 NEW YORK (CelebrityAccess MediaWire) — Folk legend Odetta, a leading figure in the folk revival of the 1950s and 60s has weathered a "health scare" and is on the mend.

Last weekend, Odetta had been hospitalized in New York for kidney failure in critical condition but according to her manager Doug Yeager, the worst is over.

"Odetta had a health scare, is now out of the danger zone and is in the hospital making a recovery. She is looking forward to joining her old friend Garrison Keillor for his annual Prairie Home Companion Christmas show from New York's Town Hall; and is hoping she'll be asked to perform at Barack Obama's Inauguration in January – which she feels would be a highlight of her life and an affirmation of her life struggle to improve human rights in America and around the world." Yaeger wrote. – CelebrityAccess Staff Writers