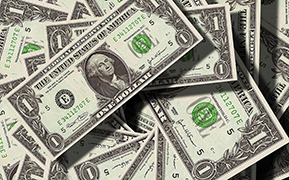 The two biggest stories this week are Malone/Liberty taking control of iHeart and Comcast bidding for Sky.

Cash is king, and Malone/Liberty use it to buy/invest when the chips are down. That’s how they gained control of not only Sirius XM, but Pandora and now it looks like iHeart. Funny how the king of cable is now gonna control radio.

The second is Comcast’s bid for Sky. This is gonna put a monkey wrench in the Fox/Disney deal, delaying, possibly imploding the sale, meaning that the app/streaming vehicle Disney plans to launch is even farther in the future.

You play for dominance. You launch early/first and then run like hell so your competitors can never catch up.

This is what happened in streaming music. Looked like YouTube was the problem, but check the stats, most songs are streamed more on Spotify. Meanwhile, Google has yet to come up with a pay service that is appealing to people. Come on, you want me to pay to get rid of ads before videos when I’m already experiencing them? When your music service has no other subscribers than myself? This is the Microsoft hubris, believing that just by launching MSN it could kill AOL. We’ll endure ads before cat videos. As for music, we’re going elsewhere.

Meanwhile, Amazon buys the Ring Door Bell. Illustrating that Apple is so far behind it’s toast. Not only did Apple pioneer Siri/voice control, it kept talking about the smart home and now it’s dominated by Amazon. Will Amazon buy Spotify? Spotify is certainly not a standalone company, not unless it diversifies in heretofore unknown ways. But Amazon has a music offering that’s quite good and doesn’t want to lay down $20 billion, maybe Google should do this.

As for Apple, it should buy Netflix yesterday, it’s the only company that can afford it. Instead, it’s playing for short-term stock price, like all the other corporations benefiting from the new tax law. They’ll do stock buybacks, they won’t invest in their future.

But back to Netflix.

Hollywood is so dumb. It felt that without movies Netflix would fail. Meanwhile, Netflix just doubled down on series production. And we live in a TV world, I’m probably not gonna even bother to watch the Oscars, why, I haven’t seen most of the movies. The Oscars used to be a tribal rite, but despite the hype most people no longer care, they’re too busy watching Netflix.

So we keep hearing these breakthrough companies are hemorrhaging money, unprofitable, meanwhile they race straight to the bank, taking a page out of Bezos’s playbook. You keep investing and investing until your competition is so far behind you own the marketplace. Meanwhile, traditional companies seem categorically unable to do this. Look at the news. Newspapers cut their overhead to the point they’re pamphlets and news is now owned by the NYT, WSJ and WaPo period. You double down in times of turmoil, you don’t circle the wagons, it’s no different from buying the dip.

So Netflix is gonna be so big no one can compete. Because people don’t like to PAY! There’s a myth that people will subscribe to this service and that. But there’s nothing I can’t miss in today’s marketplace, despite all the hype about the “Handmaid’s Tale” I’m not paying for Hulu, no way, I’m paying for too much else. As for my $200 cable bill… Cable companies are hated as much as record companies in the nineties, we’re just dying to screw them. And when mobile goes to 5G, watch out.

So if you want to succeed in the new world, play by the new rules, invent the new game. This is how hip-hop succeeded. It didn’t complain about free music and theft, it embraced streaming, now it dominates.

We see this paradigm executed over and over again.

But since the media is controlled by the same old farts running the legacy companies new entities are denigrated based on old metrics and when they ultimately triumph the collective mass throws its arms in the air and says WHO KNEW?