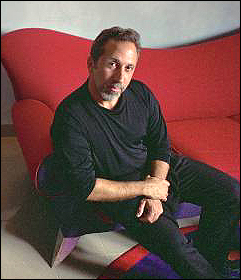 (CelebrityAccess News Service) — Sony Music Entertainment (SEMI) has extended its relationship with Emilio Estefan with a long term agreement for Estefan to advise and oversee SMEI's worldwide artist development efforts as president of Artist Development for Sony Music with special focus on the company's priority English and Spanish-language artists.

"Emilio Estefan is an iconic figure in Latin music and a towering force throughout the music industry," said Sony Music Entertainment chairman & CEO Andrew Lack. "Sony Music has been privileged to work with him and Gloria Estefan for more than 20 years, and during that time Emilio has achieved worldwide success as a producer, arranger, songwriter, record executive and ambassador for Latin music. He has earned the respect of artists and executives alike, and we are pleased to extend this partnership."

As part of this new agreement, SMEI has acquired Crescent Moon Records, the joint venture label it created and launched with Emilio Estefan in 1994. Crescent Moon will become a Sony Music Norte imprint, drawing on the division's resources and services to market and promote its releases. Estefan remains chairman of Crescent Moon Records, and he will work closely with Sony Music Norte president Kevin Lawrie and his executive team on the day-to-day operations and direction of the imprint.

"Part of this process was prompted by Crescent Moon president Mauricio Abaroa's decision, after much deliberation, to dedicate all his time to EarthTown Entertainment, a music and management firm which represents Crescent Moon artist Gian Marco, among others," said Estefan. "Mauricio has been instrumental in developing our artists and we will continue to work closely on related projects. With Mauricio leaving, I asked Sony Music if some of Crescent Moon's operations could be integrated with their existing network, and they thought it was a great idea. Now we will be working more closely than ever, which will be to our artists' advantage and serve to enhance Crescent Moon's overall operations and goals."

Frank Welzer, chairman &CEO of Latin America for Sony Music International, added that "we are proud to have Emilio's Crescent Moon imprint as part of our label group. I have known the Estefans personally and professionally for more than 20 years and they continue to be a cornerstone of our success. We formed Sony Music Norte earlier this year as a single, cohesive entity encompassing Mexico, Central America and the United States so that we could better integrate and maximize our efforts across the entire region. Crescent Moon's repertoire will benefit from this powerful new approach."–by Bob Grossweiner and Jane Cohen