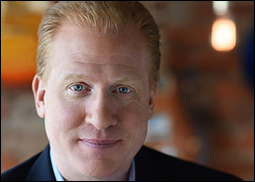 (Hypebot) – While it is now generally agree that the music industry is on the road to recovery as far as revenue is concerned, it still has quite a way to go if it hopes to return to or surpass its former glory. Here Michael Huppe digs into some new legislation designed to close loopholes and return money to creators.

The music industry is on the road to recovery. Dramatic revenue declines, which plagued the business for more than a decade, have begun to turn around, driven by streaming and other digital formats. This development has been hard fought and is the result of a concerted multi-year industry effort to embrace new monetization opportunities. This road to recovery, however, is long and our journey is far from complete. Revenues are still significantly below the industry’s peak, and our public policy is far from where it should be.

In Washington, D.C., we have been working with the entire music industry, service providers and lawmakers on both sides of the aisle to reform public policy and fix antiquated laws that harm America’s music creators.

This effort is starting to bear fruit. Several bills have been introduced in the 115th Congress that seek to fix problems with the way our laws treat music creators. We hope that these bills are emblematic of a positive change in the policy environment. Each bill is a step along the way, fitting into a larger vision of reform to repair our laws’ historical mistreatment of music creators.

Today, July 19, Representatives Darrell Issa (R-CA) and Jerrold Nadler (D-NY) introduced bipartisan legislation to address one of the failings of our system. H.R. 3301, the Compensating Legacy Artists for their Songs, Service, and Important Contributions to Society Act (the CLASSICS Act) closes a loophole in current law. It requires digital radio services to compensate legacy (pre-1972) artists who gave the world jazz, motown and rock 'n roll. Current law allows many platforms to take this music while paying nothing to artists. The CLASSICS Act fixes that.

Another recently introduced bill would stop the free ride the $17 billion broadcast radio industry has enjoyed on the backs of America’s creators. The Performance Royalty Owners of Music Opportunity To Earn Act of 2017 (PROMOTE Act), H.R. 1914, introduced by Rep. Issa and Rep. Ted Deutch (D-FL) would stop broadcast radio from taking the products of hard-working creators without securing permission to use their music.

On another front, the AMP Act, introduced by Rep. Joe Crowley (D-NY) in February, would give music producers the statutory right to receive compensation for the recordings they produce through the letter of direction process. The legislation would put in place a consistent process to allow producers to collect the royalties they are due – a process that SoundExchange already honors voluntarily.

What do these bills have in common? These seemingly stand-alone legislative efforts all orbit around the Fair Play Fair Pay Act of 2017 (H.R. 1836). Introduced by Rep. Issa and Rep. Nadler, this comprehensive bill aims simply to level the playing field for everyone. The Fair Play Fair Pay Act proposes reform across many different issues, including the changes outlined in The CLASSICS Act (H.R. 3301). It would require all outlets to pay fair royalties for all music. Big AM/FM radio broadcasters would be obligated to pay for the music they use, just like Pandora and SiriusXM. Pre-1972 recordings would receive compensation when they are played on digital radio, just like the newer releases. And the Act would also end the special below-market royalty rate paid by just a few “grandfathered” services, forcing them to pay fair market rates just like thousands of their competitors.

The streaming revolution has benefited music fans and the music industry, but it would be a mistake to overlook those the revolution has left behind. We have an opportunity—and an obligation—to fix the streaming economy and address the inequities in the marketplace. And each of these bills represents a step towards a better future for music creators, and for music.

So, we will continue to work with lawmakers in Washington on these priorities. But changing an ecosystem doesn’t happen overnight, and we all need to work together on meaningful reform. There are no quick fixes to our legislative issues. We cannot do it alone. The industry, services and all music fans must remain fully engaged, standing up for the rights of America’s music makers.

Michael Huppe is the president and CEO of SoundExchange, which collects and distributes digital performance royalties on behalf of more than 130,000 recording artists and master rights owners and administers direct agreements on behalf of rights owners and licensees. The company also serves music publishers through its subsidiary, the Canadian Musical Reproduction Rights Agency (CMRRA). To date, SoundExchange has paid out nearly $5 billion in royalties to the creators of music.