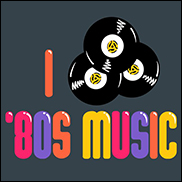 Were the eighties special, or did they just feel that way because I was there?


I went to the Greek last Thursday because it was the last Nederlander night. From now on, it's an open building. Will the city make more money or less? Well, there are a lot of shows that will no longer play the building, because the promoter can no longer make money on them. I guess it'll all play out. Either the city will do well or the building will go back up for bids.


And once upon a time the summer season was from late May until early September. I remember when the Universal Amphitheatre stretched into the first week of October in the late seventies, it was a special event. But now not only is the Universal Amphitheatre gone, especially in its topless incarnation, it hasn't been cold in L.A. for seemingly ever. Well, until today. I know you've been dealing with freezing temps and precipitation, but it's been in the eighties here for weeks, even in Santa Monica, where normally it doesn't even get that warm at the apex of summer.


Which is to say it was not a brisk evening. No jacket required.


Did you see that Phil Collins is gonna make a comeback? Is anybody salivating? And I'm a fan! But as acts age it's tough to get their audience out, never mind get the word out.


But everybody knew about the Walk The Moon show, at least those who cared. And they came out in prodigious numbers, they filled the place, they painted their faces, they sang along and I wondered…did I miss the memo?


Or could this just be the modern world, wherein everybody's narrowcasting and it's nearly impossible to break out of your lane, you might be hyped by the mainstream media, but still very few care.

So, to be honest, I b.s.'ed in Rena's office through the opening acts, two, like in the days of yore, at the Fillmore. Actually, Rena took her troops to the Bill Graham exhibit, to show them her roots, what once was. And my roots include the heyday of MTV, all those English acts that burned up the airwaves before Michael Jackson came along and changed the channel into a pop outlet. You know, Haircut 100… All those acts with synths and high voices and melodies, like Walk The Moon.


I'd like to tell you they were bad, but they were not. The band was completely competent. No, they were better than that, they were talented. The lead guitarist could shred. And the drummer could pound. And the lead singer could not only do that, but noodle on the keyboards too. It's just that I thought I'd heard this sound before.


But to the girls in attendance, it was brand new. And they were girls. The ratio was at least 70/30, and the boys in attendance all had girls by their side. And there were no parents like at a 1D show, this crew was old enough to drive, and unlike their 'rents, they thought nothing of going out on a Thursday evening, just a few days before Halloween.


I was fascinated, how could something that meant so much to so many…mean so little to everybody else?


I wandered down into the pit. Everybody was dancing. The lead singer had the assembled multitude lift their arms in the air. And blathered on about how the band relied on the audience, they made it together, all the clichés you've heard for decades, but to these people…it was all BRAND NEW!


Which, once again, begs the question, was our music not that special, is it all just cyclical?

But unlike the bands of the MTV era, no one in Walk The Moon was a babe. They were sartorially challenged. It was about the music. Well, along with the energy. On one level you had to give them credit, on the other it got kind of repetitious.


Turns out they're from Ohio. And they've been at it for the better part of a decade. And the lead singer went to Kenyon. Same as it used to be, when you lived in the hinterlands and practiced until you got your chance. And Max Martin is not involved, but there are some secret weapons, but the band has an undeniable hit in "Shut Up And Dance."


This is every boy's dream, we're pressured to be macho, to lead, but what we're looking for is a signal, a green light,…


And the band is pogoing, and so is the assembled multitude, whose knees are injury-free, they're running on sheer adrenaline and optimism. Just like…we did in the eighties.


You remember that era, or maybe you don't. Reagan was President, we didn't know the middle class was on its way out, we just believed happiness was our destiny. And our soundtrack was…all those bands on MTV.


I'll argue Culture Club was unique. Maybe Duran Duran too. But were the rest really that different from Walk The Moon?


So when I got home I played the album, "Talking Is Hard," over and over again. Hell, I didn't realize it was repeating, that's how much the songs run together. You know how you listen with one ear until a track jumps out? Well, other than the hit only one other track did. Which is kind of like the eighties too, all those English new wave acts only had one good cut on their albums.


"See the thing you've been chasing, honey
You'll never find it wearing a life vest
You gotta risk your neck
Know in your heart it will be worth it"


I believe that, that's good advice, not quite poetry, but nor were the words of Kajagoogoo. And if you've never heard Kajagoogoo…it's new(s) to you!


So what we've learned, first and foremost, is that those who say the music business is dead are completely wrong. Today's generation is just as passionate as we were. And sure, the music may not on the level of the Beatles or U2, but so much of the rest…was it dreck? Is my life insignificant? Is everything I believe wrong? Is what I thought was special not?


I'm still contemplating all this.


But I also know it's hard to hate Walk The Moon. Unlike so many of the highly-hyped, they did it their way, the old-fashioned way. It wasn't about rich moms and dads, it was about banging it out in the basement, running on practice and desire until you come up with something special, we're only interested in what's special.


And "Shut Up And Dance" is. Along with "Aquaman."


Does the audience grow up and out?


Don't underestimate the bond today's fan has with the act. When the songs disappear from the radio, they still live online. Along with live YouTube clips and other info on social services. The mainstream media may have moved on, but you don't have to. And if the band develops, if it writes another hit…


You're gonna know about it, you're paying attention.


But what about the rest of us?


What is driving the acceptance of these acts? To say it's radio is too simplistic. Usually radio is just the icing on the cake, the thing that blows it up bigger. The kids don't need no stinking radio. But somehow they know.


How do they know?