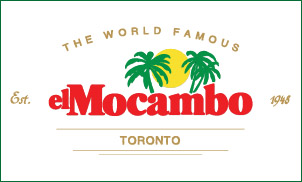 TORONTO (CelebrityAccess) — Michael Wekerle and his team at the El Mocambo have sealed a deal with Ticketmaster Canada to handle ticketing services at the famed Toronto music venue when it re-opens in the spring of 2018.

The El Mocambo is nearing the conclusion of a major refurb being led by New York’s Walters–Storyk Design Group. The renovation includes the addition of state-of-the-art sound and lights, as well as a new, in-house production studio helmed by noted producer and engineer Eddie Kramer.

Located in walking distance from the University of Toronto campus, the El Mocambo has played a key role in the development of Toronto's music scene since it was repurposed into a live music venue in 1972. The venue, which featured a house band that included Donnie Walsh's Downchild Blues Band, hosted events such as the surprise 1977 concert by The Rolling Stones, and served as a performing space for artists ranging from Arlo Guthrie and Tom Waits, to U2.

Andy Curran, GM and head of A&R for El Mocambo Entertainment, helped facilitate the deal. “It’s important for the legacy of the venue and for future generations of music fans who will attend El Mo shows that we offer the best service possible. Our partnership with Ticketmaster goes a long way in sending the message out globally that we’re doing everything first class. We’re excited to finally get some shows up on sale.”

“Working with such an iconic venue as the El Mocambo is a dream come true for us at Ticketmaster,” Patti-Anne Tarlton, COO, Ticketmaster Canada said. “Its relaunch will be the talk of the town and the start of a new chapter for our relationship as their official ticketing and technology partner. We simply couldn’t be more excited to service the fans going to see shows at the El Mo.”