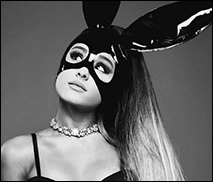 LONDON (CelebrityAccess) — While many media sources reported that Ariana Grande had suspended her tour following the tragic terror bombing at Manchester Arena on Monday, Live Nation and Grande’s team had been mum on the subject.

That changed on Wednesday after Live Nation announced that the tour was officially on hold.

“Due to the tragic events in Manchester, the Dangerous Woman tour with Ariana Grande has been suspended until we can further access[sic] the situation and pay our proper respects to those lost. Refunds will be granted to all ticketholders at the point of purchase for the following cancelled shows,” the promoter’s statement said.

Dates affected by the suspension include all remaining dates on the tour, which ran into early June. No word has been announced if there are plans to reschedule the shows.