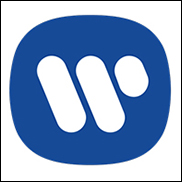 NEW YORK (CelebrityAccess) – Spotify has resolved one of the final roadblocks facing the company ahead of a potentially going public when they finally secured a long term licensing deal with Warner Music.

Warner revealed that they had renewed their multi-year deal with Warner, the last of the major labels to strike a licensing deal with the leading streaming music service.

Ole Obermann, Chief Digital Officer, WMG, commented on the renewed partnership with Spotify: “It's taken us a while to get here, but it’s been worth it, as we've arrived at a balanced set of future-focused deal terms. Together with Spotify, we've found inventive ways to reinforce the value of music, create additional benefits for artists, and excite their fans all over the world. Even with the current pace of growth, there’s still so much potential for music subscription to reach new audiences and territories."

The news comes just weeks after Warner revealed that it was making money hand over fist through music streaming. In their 3rd quarter financial report, the label posted digital revenue of $445 million, up by more than 30% over the same time period last year.

“Our momentum continues with our eighth consecutive quarter of revenue growth – the last seven of which were up double digits,” said Steve Cooper, Warner Music Group’s CEO. “Our artists and songwriters are creating great music and our team is outperforming in a growing industry.”