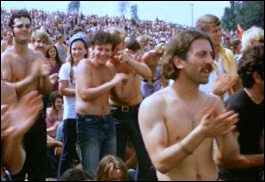 
The US magazine said Mr. Lang, one of four founders of the legendary festival, had failed to find sponsors to cover costs of up to $10m.


He hoped to stage the gig in New York's Climate Week in September, it said.


When that fell through, he had hoped to stage a festival to coincide with Climate Week NYC, which will run from 20 to 25 September as part of the international Seal the Deal campaign.


The campaign aims to push governments towards agreeing a climate change pact at a December summit in Copenhagen, Denmark.


"It would have been a big boost for the issue," he told Rolling Stone.


Asked why his plans had been cancelled, he simply replied: "Money. No sponsors."


Speaking about the anniversary show in March, Mr. Lang said he hoped the bill would include some of the acts from the original line-up, including Joe Cocker and Santana. –According to BBC