DENVER (CelebrityAccess) AEG Live’s Chuck Morris is about to be inducted into the Colorado Music Hall of Fame with a ceremony that will include live performances from many of the musicians whose careers were helped by the longtime music promoter.

The induction ceremony is to take place tomorrow night at Denver’s Paramount Theatre and Morris is the only human being to be inducted. The other honor goes to radio station KBCO 97.3 FM.

“This is the first time we’ve ever done that,” Chris Daniels, executive director of the Colorado Music Hall of Fame and a 2013 inductee himself, told the Denver Post. “But this falls directly in our mission to recognize musicians, individuals and organizations who have made a huge difference in the Colorado music scene.”

Morris himself sits on the board of the hall of fame.

“I’ve gotten a lot of offers through the years to move to L.A., New York and Nashville, but I fell in love with Colorado as soon as I came here,” Morris, 73, told the paper. “Before I came here, I didn’t even know where Colorado was.”

The evening will include performances by The Lumineers and their new lineup, plus longtime former management clients Leo Kottke and Big Head Todd & The Monsters (who landed on Giant Records, run by Morris’ friend Irving Azoff), plus members of acts like The String Cheese Incident, The Fray, and Nitty Gritty Dirt Band. “Music-loving” Colorado Gov. John Hickenlooper is also expected to make an appearance.

“I’d be best friends with (Gov.) John Hickenlooper whether he was mayor, governor or a milkman,” said Morris, who has known Hickenlooper since he was a geologist and brewpub owner, according to the Post. “But certainly my relationship with governments, and Denver’s theaters and arenas division, has been an important part of my success, because working with them is a big chunk of my job.”

“Chuck Morris is one of those prominent figures who helped transform the Colorado music and concert scene into one of the biggest and finest music worlds in the country,” Hickenlooper said in a press statement.

“I’m amazed personally that I’ve lasted this long,” added Morris, who got into music after dropping out of a graduate school at the University of Colorado. “I was well on my way to getting my Ph.D. in political science, which is still my second love, and probably one of the reasons I’ve done 40 or 50 political benefits for campaigns.”

“I’ve known Chuck my whole radio career,” said KBCO program director Scott Arbough. “He’s a very passionate, very strong believer in music and how it brings people together, and just a great guy. He’s just so-over-the top it makes people be able to respond to him and gravitate to him. We’ve been doing shows with him since he had the Rainbow Music Hall and Tulagi’s before that. I don’t know if he’s ever going to retire, but he certainly deserves the recognition he’s getting for being a big part of what music in Colorado is.” 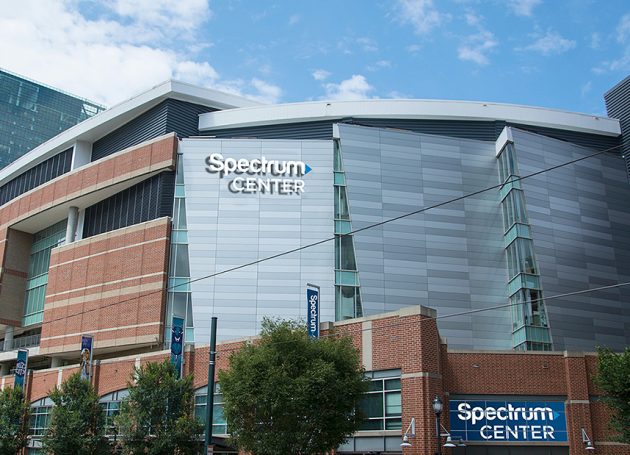 The Republican National Convention Relocating From Charlotte Over Coronavirus Restrictions