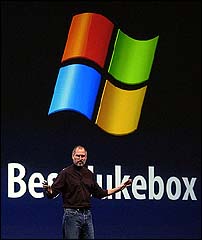 (CelebrityAccess News Service) — Jason Hirschhorn has been promoted to senior vice president, Digital Music and Media at MTV. In this new role, Hirschhorn will be responsible for managing the online operations of MTV, MTV2, VH1, CMT, CTN and Comedy Central. He will continue to be based in New York.

"Jason is the perfect entrepreneurial thinker to lead our Internet efforts during this exciting time," said Judy McGrath, president of MTV Networks' Music and Comedy Group. "Our consumers spend more time online, on wireless and with more digital entertainment than ever before, and it's essential that we discover new ways to connect across these platforms. Jason is the man to take us there. He has distinguished himself for the past several years in our company and in the industry, as an internet pioneer, talented manager and big thinker about music online. We are lucky to have him in this new role."

In his new position, Hirschhorn will be responsible for the overall growth and strategy of digital music and media operations for the music and comedy channels, plus interactive and wireless programming initiatives for all the channels. In keeping with the way all of MTV Networks' businesses operate, each unit will continue to remain decentralized and close to its respective brand. He will report to each network head.

WASHINGTON (AP) — A congressional compromise on how much of the TV viewing public a media company may reach sets the limit at 39 percent, a seemingly random number that is not random at all.

It means two media giants won't have to sell any of their stations.

They and other networks fought to get the Federal Communications Commission to raise the level from 35 percent to 45 percent. The FCC, with the support of President Bush, did so in June.

Opponents, concerned the change would allow a handful of conglomerates to control what Americans see on TV, urged Congress to roll back the change. Lawmakers listened but under a veto threat from Bush negotiated the compromise and settled on 39 percent.

Congress still must approve the agreement, but passage is expected next month or in January.

"It just shows the power of the broadcast lobby," said Celia Viggo Wexler, research director for Common Cause, an advocacy group that supported the lower cap. "It's an early Christmas present."

The 39 percent cap was "a reasonable compromise," he said.

"The item was not in dispute," Hollings said. "All had agreed to the 35 percent cap. The Republicans went into a closet, met with themselves, and announced a 'compromise.'"

Senate Appropriations Committee Chairman Ted Stevens, R-Alaska, a leading supporter of the lower cap, said he was satisfied. "All in all, I don't like it going up 4 percent but 39's a lot better than 45 percent," he said.

CBS declined to comment Tuesday. A call to Fox was not returned.

Bush has received more in campaign donations from the broadcast industry than any other federal candidate since Jan. 1. He took in $153,300 — more than 10 percent of the industry's $1.2 million in donations, said the Center for Responsive Politics, a nonpartisan research group.

If the compromise clears Congress, then the cap will be set in law at 39 percent, taking the power to change it away from the Republican-controlled FCC.

There also is a legal battle over media ownership rules.

A federal appeals court in Philadelphia temporarily blocked the higher cap and also suspended other FCC-adopted ownership changes, in particular a rule making it easier for companies to own newspapers and broadcast stations in the same community.

Opponents of the FCC rules said they would continue to urge Congress to overturn the agency's other actions. "This is an issue that cuts across political lines. It cuts across ideological lines," said Rep. Maurice Hinchey, D-N.Y.

(CelebrityAccess News Service) – Sharman Networks Limited launched Kazaa v2.6, the latest update of the world's most popular file sharing software, on November 19. The new version includes a pre-installed Ringtone Channel, which will provide revenue to major record labels and artists by offering Kazaa users over 3,500 monophonic and polyphonic mobile phone ringtones for purchase through the Kazaa application. The ringtones available include tracks from the Top 10 UK, US and Euro charts.

Through The Ringtone Channel, Kazaa's estimated 60 million users worldwide can buy licensed mobile phone ringtones using a global payment system that takes into account the different networks and licensing requirements in each country.

According to Nikki Hemming, CEO of Sharman Networks, "Kazaa users are already downloading and buying mobile phone games through the Air Arena Channel. The Ringtone Channel expands Sharman's mobile content offering by providing thousands of licensed musical ringtones, screensavers and logos for download through Kazaa. The mobile and wireless platform is a rapidly growing and exciting marketplace."

Key new features and technologies in Kazaa v2.6 include:

Kapsules: a collection of multiple individual files digitally packaged together as a 'single click' download. "Kapsules are like buying the 'CD case and booklet', rather than just a music track," said Hemming. "They're about delivering a unique entertainment bundle in high quality digital format." A Kapsule can include music, exclusive footage of live performances, lyrics, tour dates and images from the same band or artist. Equally, computer game companies can include game guides and hints, and movie distributors can include 'behind the scenes' footage.

Magnet links: a powerful promotional tool offering significant bandwidth savings to content providers. Kazaa v2.6 will enable users and content creators of all types, such as record labels, musicians, artists, photographers, and software developers, to promote and sell their content at around 20% of the cost of traditional website distribution. Consumers benefit from a greater variety of content that can be downloaded faster and more cheaply.

With Kazaa v2.6 installed, clicking on a magnet link in any web browser, email or document will initiate a file search and download via the Kazaa application directly to the user's computer. A magnet link can be created simply, then pasted into emails or websites for public or targeted promotion. This will allow a broader range of content creators and distributors to leverage the bandwidth efficiencies offered by peer-to-peer distribution. Existing audio, games, software and video content partners have experienced reductions in server loads as high as 94% by using Kazaa peer-to-peer distribution.

This is of particular significance to distributors of high volume or larger sized files such as high-resolution video and PC game content where bandwidth costs have been an impediment to wide-scale online distribution in the past.

Multiple simultaneous searches: Searching in Kazaa v2.6 is now much faster and more efficient. Users can run up to 24 concurrent searches.

"Single click" purchasing: Kazaa v2.6 users now have the option to preview selected licensed audio files in streaming format before buying. Individual files can be purchased with a single click, making buying and selling downloadable content entirely seamless. "Altnet's secure payment system within the Kazaa interface is advancing in order to meet our massive distribution capability," Hemming said. "With improvements in this area we expect to unleash a great deal of purchasing activity."

Kazaa v2.6 can be downloaded from www.Kazaa.com — Bob Grossweiner and Jane Cohen