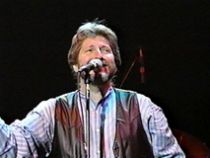 The Marshall Tucker Band and its management have set the record straight in response to a recent AP story about the band headlining an "anti-Dixie Chicks concert" on May 1 in Greenville, SC, as an alternative to a Chicks concert scheduled there the same day.

According to the band and Ron Rainey Management, it is very important that the public, the press and their fans know the true purpose of their May 1 performance –to help the families of the troops serving in Gulf War. All concert proceeds will be donated to families of the soldiers through the Feed The Children Foundation.

"We all, as Americans, should support the decision, made on behalf of our government, to insure our future and the future of our children.

"To allow freedom, as it is today, to continue, we must protect all of the rights that I personally fought for as well as all the other men and women we have lost in previous wars and conflicts to protect those rights.

"For that reason, I support this effort, and I know I am not alone in my beliefs. Support our troops. STAND UP FOR AMERICA!

The Marshall Tucker Band concert is being put on by radio talk show host Mike Gallagher as a way for fans to protest the critical comments Chicks lead singer Natalie Maines made about President Bush during a recent London concert.