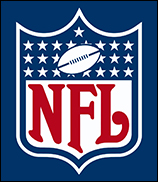 I don’t buy it. The story that the Presidential election is hurting NFL ratings. After all, the “Walking Dead” won Sunday night. Turns out zombies trump overdeveloped men when they go head to head.

This has been a long time coming.

That’s the story of the twenty first century, the decimation of old paradigms. What once was, no longer will be. In an era of experiences, where everyone wants to participate, be up close and personal, football is a bad fit. You can’t get a good seat and even if you do the game is better at home. A game that those who play it say the public can’t truly understand. One with very little action where so many men get hurt that nobody wants their kids to play anymore. This is a recipe for success?

But we kept hearing that live television was everything, sports ruled and football was king.

Until cord-cutting began… I don’t remember the last time I tuned in ESPN, and I’m paying five plus bucks a month for it. Talk about a rip-off!

And then there’s the dilution of the product. In this case, I don’t mean bad games without stars, but the proliferation of game days. Used to be NFL Sunday. Now it’s NFL Thursday, Sunday and Monday. It’s no longer special.

And the brass is out of touch.

How do you think it looks when your players keep beating up their spouses?

It reinforces the notion that the game is played by thugs. This is not college rah-rah character building, this is about money pure and simple. Otherwise, why would these men put themselves in the line of fire?

But you can’t say this. Because football is religion. It’s the national glue.

But nothing bonds us all together other than politics and tech. Movies are niche, TV too. As for music…the biggest stars are known by few.

We live in a Tower of Babel society. No entertainment is immune. What does this mean?

Well, you either hunker down in your niche and be happy or you re-evaluate.

The music business sells niche and expects it to go mainstream, which is utterly hysterical. A great swath of the public will never listen to hip-hop. And a good chunk tunes out today’s pop. But they keep tuning into the vapid “Voice” despite the show never minting a star. Because there are songs. We’re enamored of songs. Where have all the good songs gone?

It’s hard to like Roger Goodell. He’s another robber baron, a corporate titan overpaid to care for the interests of billionaire owners out of touch with the proletariat. If you don’t think people have contempt for these so-called winners, you followed neither the Sanders nor the Trump campaigns. That’s the story of this decade, how income inequality has bit back, how the disenfranchised are angry and are exacting payment whenever they can.

Not when we’ve got Pokemon Go! Not when we can be the star of our own world on Facebook and Snapchat!

Maybe there will be a bump in the ratings when the election is over and the championship races tighten up. But rest assured, football is in trouble. And it’s going to continue to falter. Like boxing, it can’t be fixed. And how do you expect a younger generation to pay attention when they’re all playing soccer?

That’s the sports story here, how European football, the world’s game, has gained strength. Because kids played it in school, because it’s based on finesse more than violence and…

A bunch of outlets are gonna fall by the wayside. Propped up by a cable bundle that is going extinct, the truth is few people are watching them.

But plenty of people are tuning in, watching higher quality television than ever before. Which outlets gladly pay for. Funny how quality has become the mantra. The executive is not the king in television, it’s the talent.

But do we revere football players anymore?

I don’t think so. They’ve all got such checkered pasts. And most are two-dimensional. Put them in front of a mic and all they can say is “I love my teammates, we won!”

It’s not the football players who dominate social media, but…

Enough already with the jockocracy. Rich athletes pumped up by fat television contracts. We’ve passed peak football. You lived through it.

They stopped killing people at the Roman Colosseum. And if you’re floating a bond to pay for a football stadium, stop. You’re better off investing in e-sports.

We used to believe cocaine wasn’t addictive, OxyContin too.

We used to believe football players had long productive lives.

Wake up and smell the coffee.

It’s morning in America and football is toast.