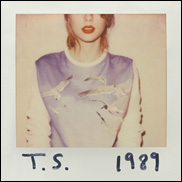 LOS ANGELES (Hypebot) – You won't find Taylor Swift's new album on Spotify. In fact, the star and her label Big Machine have pulled all of her music off all on demand streaming music services.

Several reports suggest that the reason for the take down is that Big Machine is for sale and the owners felt a hugely successful Swift album would boost the their $200 million asking price.

Whatever the reasons behind the streaming boycott, Swift's new "1989" is on track to have first week sales of 1.25+ million, making it the top selling album debut since 2002 when fans bought 1.32 million copies of "The Eminem Show." That's great news for Taylor and a struggling music industry, but bad news for Spotify and other music streamers. While the exact number is unclear, forcing fans to buy since they can't stream has certainly contributed to Swift's impressive debut.

We love Taylor Swift, and our more than 40 million users love her even more – nearly 16 million of them have played her songs in the last 30 days, and she’s on over 19 million playlists," Spotify wrote in an open post. "We hope she’ll change her mind and join us in building a new music economy that works for everyone. We believe fans should be able to listen to music wherever and whenever they want, and that artists have an absolute right to be paid for their work and protected from piracy. That’s why we pay nearly 70% of our revenue back to the music community."

"PS – Taylor, we were both young when we first saw you, but now there’s more than 40 million of us who want you to stay, stay, stay," Spotify concluded. "It’s a love story, baby, just say, Yes."